Gautama Buddha – The One Who Is Awake

Buddha was not a god. He walked on the earth 2,600 years ago. Buddha is not a name but a title. The title means ‘One Who is Awake.’ Buddha’s name on earth was Siddhartha Gautama. He has great insights that inspired the world to become better and do great things. Buddha is one that is free from the fog of illusions.

The fog of illusions is believed to be created by mistaken impurities and perceptions. Many people believe that when a Buddha dies, he or she does not go through rebirth, but instead, he or she passes into the peace of Nirvana. Nirvana is a transformed state of existence. This means that the departed soul does not go to heaven.

Buddha is the founder of Buddhism. Gautama lived in Northern Indian and Nepal twenty-five centuries ago.

The History of Buddha

Siddhartha Gautama was born around 567 BCE in Lumbini, Nepal. He was born to a king; therefore, he grew up as a royal. He lived his life in the palace, and in his adult life, he married and bore a son with his wife.

When he was twenty-nine years old, his life changed forever. One day when he was on one of his carriage rides outside the palace, he encountered a sick person, then an old man and then a dead body. What he had seen traumatized him, and he realized that his privileged life would not protect him from sickness, growing old and death. Later he sought a spiritual seeker ‘A Mendicant’. Buddha’s urge to seek peace of mind arose in him.

With that, he renounced his worldly life and started on a spiritual quest. He sought spiritual teachers and punished his body, for example, with long periods of fasting. It was believed then that punishing the body was one of the ways to elevate the mind. People believed that the door to wisdom would open at the edge of death.

After six years on his spiritual journey, Gautama experienced nothing but frustration. Soon he realized that the path to peace of mind was through mental discipline. He went on to meditate under a focus tree ‘The Bodhi Tree’ in Bodh Gaya until he achieved enlightenment. From then on, Gautama came to be known as Buddha.

Buddha spent the rest of his life teaching people how to realize spiritual enlightenment by themselves without anyone’s aid. His first sermon was at modern-day Sarnath, where he gathered many followers. He walked from village to village, preaching and attracting disciples along the way.

He later founded the original order of the Buddhist nuns and monks. Many of these nuns and monks became great teachers. Gautama died in Kushinagar around 483 BCE.

The Presence of Other Buddhas

Many Buddhists believe that there is only one Buddha per age of humankind. The Buddha of this current age is still the historical Buddha, Siddhartha Gautama. Any other person who achieves enlightenment during this age is not known as Buddha, but he or she is referred to as Arhat (Worthy One) or Arahant (Perfected One). The difference between a Buddha and Arhat is that Buddha is the only world teacher, the one who opens the door for all others who come after him.

Early scriptures, however, mention other Buddhas who lived a long time ago. There is the future Buddha ‘Maitreya’ who is believed will appear when all of memory Buddha’s teachings have been lost. The other two major traditions in Buddhism are Vajrayana and Mahayana. These traditions do not limit the number of Buddhas that can exist at a time. They, however, prefer one being a Bodhisattva instead of a Buddha. A Bodhisattva vows to remain in the world until every being achieves enlightenment.

Who Do Buddhists Worship?

Buddha was not a god. He was just a person who received enlightenment and made the same available for others. Even Buddhist art does not portray Buddhas as gods to be worshiped. The Buddha was critical of worship. He was keen to ensure that worship is done the right way. When Buddhists bow to Buddha statues, they are worshiping them, but some, thing else is going on altogether.

Buddha preaches the aspect of living a righteous and responsible life. Scripture (Sigalovada Sutta, Digha Nikaya 31) records that Buddha once met a young man engaging in Vedic worship practice, and he told him that it is better to live responsibly and ethically than to worship anything.

In some Buddhist Schools, bowing and making offerings are physical signs of the giving up of a selfish, pride-filled life and a commitment to live according to and practice Buddha’s teachings. 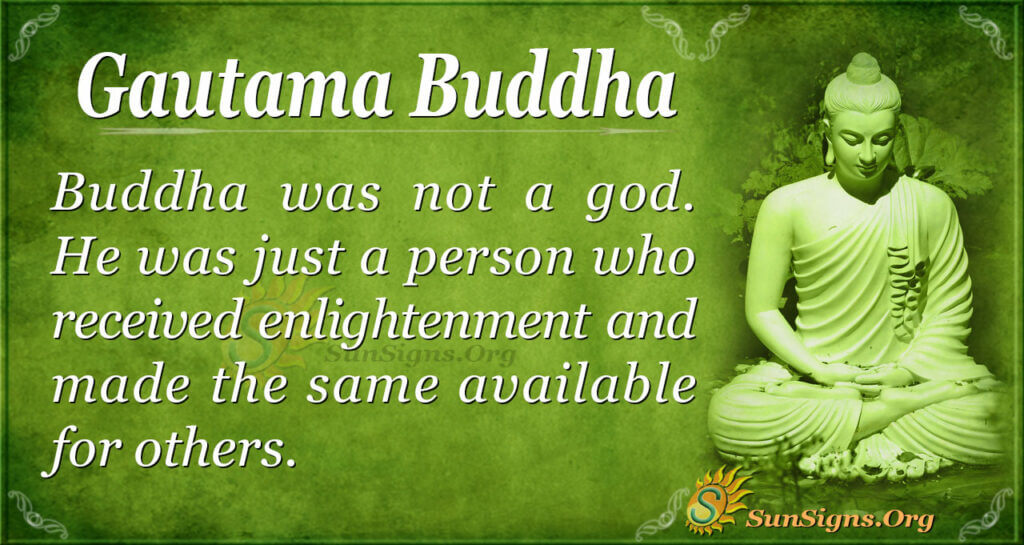 What Were Buddha’s Teachings?

Buddha achieved enlightenment, but also the experience he went through was beyond anything that he could explain. He did not teach people what to believe. Instead, he taught them how to achieve enlightenment for themselves. The main teachings of Buddhism are in the ‘Four Noble Truths.’

The First Truth states that life is ‘dukkha.’ In English, dukkha means suffering or unable to satisfy. The Second Truth tells us that dukkha has a cause. The instance cause is craving. The craving is as a result of not understanding reality and not fully understanding and knowing ourselves. The Third Truth states that we can know the cause of dukkha and be liberated from life’s stresses and cravings. The Fourth Truth tells us that insight comes through the practice of the Noble Eightfold Path.

The Eight-Fold Path is an outline of eight areas of practice that include living a responsible and ethical life that benefits others, meditation, and mindfulness, among others. All these practices will enable us to achieve enlightenment and live happy lives.

People always ask themselves, is there a Buddhist Bible? There is no Buddhist Bible. Buddhists believe in the teachings of Buddha. The numerous schools and denominations of Buddhism do not all use the same canon of scriptures. Some things one school knows another school may not know.