The Chariot Meaning In A Tarot Reading

The Chariot tarot card of the Rider Waite deck represents life in motion, moving forward, advancement and victory. The chariot’s driver has succeeded in what he was pursuing and can now enjoy the fruits of his efforts.

This is a time for celebration and excitement. Enjoying the long hard victory is as important as the struggle to get there. Find out what this card from the Major Arcana implies in reverse and upright positions. 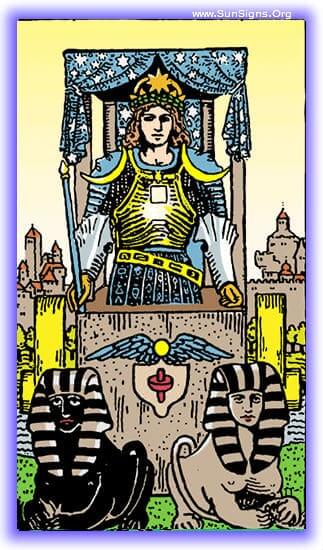 The destination reached, the challenge overcome. All hail the reigning and conquering King! Nothing can stand in his way, and nothing has. Now is a time for celebration!

You have recently overcome a hardship, accomplished a goal of some significance. Gotten that signature on your house loan? Paid off some great debt? Maybe you just graduated college or got the job you wanted. Either way, the struggle is passed, as is the celebration. Now it’s time for what’s next!

If you are not yet successful in your efforts, you soon will be. Be prepared to celebrate, as this time and dedication have turned into a successful and useful future. While you can spend some time preparing for the future, that can wait a bit, now is time to rest on your laurels and take a breather before riding the chariot into battle again.

The end is in sight! Your travels and work have near come to an end, so buckle down and see this thing through until your victory parade! Take the other cards preceding this one into account, and use them as a guide to get to this point!

Your progress is halted. Success is a distant dream. One obstacle after another has stood in your way, and your victory is a long way off on your current tack. The battle you currently face is against odds you may not overcome. 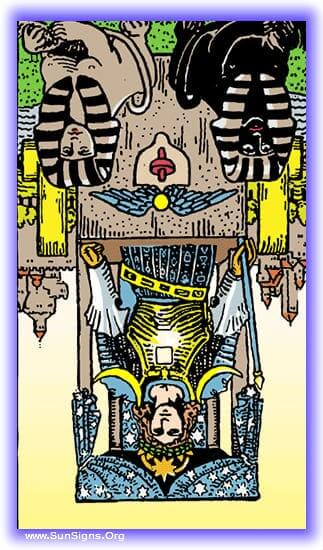 You have struggled through, you have struggled on, and gotten past this point where all hope seemed lost. You may not have gotten through it well, but it is, at least, in your past—time to look forward with better plans.

You are stagnated, your wheels broke, all forward motion stopped. It’s time to look around and see if there is a better way to see your way through. If not, then all you can do is buckle down and know this isn’t going to turn out how you hoped.

If this tarot card is in your future, it may be time to rethink your current course, as it is yet avoidable. The path you’re on will lead to certain destruction. Turn back while you still can. At this point, it is definitely time to examine your plans and work to change the course your chariot is on before your wheels shatter.

Copper for success and growth

Meditation For The Chariot – Upright

For the tarot meditation of the Chariot card upright, you will take and put the candle in front of you, the chariot card upright on a copper cloth. As you settle down, think of victory, accomplishment, and overcoming victory.

The king or queen reigning supreme, over-seeing their people. As you slip down into the meditation, you will begin to hear the creak of the wheels of the chariots, feel the rumble of it as it races across the ground at high speed.

The Chariot charges across the landscape, the land around you is smoking from the wages of your war, you rapidly steer your chariot past obstacles, dodging trees and fences.

You cleave down enemies as you pass and charge towards your goal waiting ahead. With a quick turn, you start bearing down on a bridge deep in flames, you can see it nearing collapse, but you must cross! What you seek is on the other side!

You whip the horses into a fervor and charge the bridge. You feel the structure of it crumbling beneath your wheels, hear it collapse behind you, but it doesn’t matter!

But you are across. Your goal is in sight! You plow through the remaining obstacles with a victorious roar and grab the object of your victory! It is yours!

You swing the chariot around to see those who traveled with you behind you, roaring your success.

The environment shifts, and you are now parading down a pathway in your clean chariot. Your clothes are pristine, bearing the mark of your newest victory.

The people are cheering and throwing ribbons and chanting your praises! This is your victory, your goal! This is what you sought, and you have achieved it!

Now is the time to enjoy it, settle in and relax. The time for action is coming, but it has now passed. Allow this to be a time in and of itself, separate from what came before and what is to come after.

This is the influence of the tarot meditation on the Chariot card upright.

As you come out of the meditation, remember that feeling and any imagery it brings with you. Record it in your journal, extinguish your candle, and place it aside.

Meditation For The Chariot – Reversed

This tarot meditation on the Chariot card reversed will lead you into the realm of defeat, frustration, prolonged victory, and the road you travel will be a hard one. Prepare yourself.

Take the gray cloth and lay it before you, and place the candle at its top, lay the Chariot inverted on it. As you focus on it, allowing yourself to slip into the meditation, you will hear the sounds of ravens cawing overhead and the smoke of the battlefield.

You come into this meditation to find yourself lying in your chariot. It is toppled and tumbled on its side. You look overhead, and the sky above is red and torn.

You are being circled by those heralds of the Morrigan, the Raven. They caw out the sorrows of battle. They caw out for the dead, who are scattered around you in all directions.

You can hear the triumphant cheers of the enemy as they see you fallen and the battle horn calls across the battlefield.

You know that it won’t be long before they come here and finish you, but how did you come to this? How did you find your way to this temple of failure?

Your vision goes back into the past. You see the path of hubris, ignorance, and sheer bad luck. You did not heed the warnings when they were given.

Also, you left the path of wisdom thinking you knew better. There is a fine line between confidence and arrogance, and you mistook them somewhere along that broken path.

Perhaps some warned you. Perhaps the signs were there for you to see. Almost certainly, you could have avoided this eventual end, but how?

Look back, look hard, and think about it. See what you see, and pay attention, for in it may lie your salvation in these, the final moments of your failure.

For now, it is time to flee with what remains of your dignity and your resources and troops. You gather them, and you lead them in retreat. Their cries reach your ears as the enemy fires one last volley of arrows after you.

Just remember, this is not the end of your path, just the end of THIS path. Victory lays another way.

As you come out of the tarot meditation, record your insights and visions in your journal. Pay attention to the details, the little bits of detail that will show to you where your path intersects with that of this poor fallen King.

Pay heed to them, friend. It is these lessons that will let you part ways with his path and return to the one of victory!