Reptiles and amphibians as animal totems are curious little creatures. Reptiles are some of the oldest types of animals, their relatives being the dinosaurs. Amphibians are interesting as well, as they can make their home in water or on land, and they often spend their time near both.

This article will discuss animal symbolism of reptiles: iguanas, lizards, and snakes. The article will also discuss the animal totem symbolism for two amphibians, frogs and salamanders.

The frog has an interesting life full of many changes. The frog starts as an egg, makes some changes to become a tadpole, and then changes some more to become an adult frog. Frogs are found on almost every continent on earth, so there is a wealth of symbolism around the creatures.

Simply for its creative lifespan path, the frog totem makes a great symbol for not only change, but the circle of life in general. In China the frog is also a symbol for good luck, and in other places the the frog is a symbol for healing. Teenagers tend to have a frog for their totem animal because they are another group with many changes in their life. 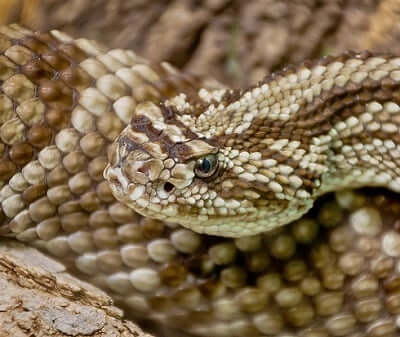 The iguana is a lizard-like creature. Like a miniature dinosaur with spikes on its back, the iguana symbolism is large, even though they may have a relatively small body. While these creatures do not grow very tall, they can be long, as long as six feet or more! This big lizard doesn’t seem to do much but lie about in the sun all day.

The lizard totem is a quick and small reptile that scurries from place to place. These animals are great at adapting to an exotic environment, or even to a terrarium in a pet store. Lizards are also great at keeping themselves away from harm and hiding when they need to. This isn’t an animal that is afraid to be alone if it will help them to survive. Because of all of the lizard’s actions they make great symbols for several things including adaption, speed, shyness, and survival instincts.

The salamander is a slimey little amphibian. It is usually very small, and they would be hard to spot if it wasn’t for their bright colors and patterns. Because this little creature spends so much of its time in and near water, it shares many of water’s symbolism like balance, renewal, energy and clarity.

The salamander does have some symbolism of its own because of its special characteristics. Because of its coloring it can represent vision and energy. One special skill of the salamander animal spirit is its ability to regenerate limbs or its tail if it gets bitten off. This one trait inspires many symbols: growth, adaptability, regeneration, and development. The salamander may be small, but it has some big symbolism to it.

The snake animal totem is often pictured as an evil and cunning creature. This could be largely in part of the Bible story, in which a snake convinced Eve to commit the first sin. While the occult is a symbol for the snake, the animal also has some positive symbolism to it as well.

For instance, while they snake may be cunning, that also means that it is clever and makes a great symbol for intelligence. In some famous painting and pictures, the snake is depicted eating its own tail. This is a thing that sometimes does happen in nature. Because of this odd act, the snake can also symbolize cycles and eternity. The snake also is a symbol for patience as it waits for its prey before it strikes. Overall, the snake has some great symbolism, but you can only notice these traits if you can look over its more villainous qualities.

These are just a few of the reptiles and amphibians with unique animal symbolic meanings attached to them. In cases like the snake and the frog, different species of these animals can also have individualistic symbolism as well. Even though the creatures on this list are similar in appearance and action, their interpretation is quite different. This is common for many creatures, and this is just one of the things that make symbolism so interesting.