The earth is covered with many different species of creepy crawly and flying insects. While many of these animals may just seem like creepy things that you don’t want in your house, many of them have complicated and interesting symbolic meanings surrounding them.

After reading this article you may even think differently about bugs, and you may even want to make one of these creatures your new totem animal. This article will discuss the animal symbolism of insects like bees, dragonflies, fireflies, the praying mantis and the spider – even though the spider is an arachnid and not an insect.

Fuzzy buzzy bumble bees mean to do us no harm! Bumble bees are simply pollen harvesters that are trying to mind their own business. They only sting people when they think that they are in life threatening peril, as once a bee stings they die. Bees make a large contribution to life, and because of this there is many joyous symbolism around the insect instead of harm evil symbols.

Bee animal totems are busy and hardworking. They never take a day off from collecting pollen when the flowers are out. For this reason bees symbolize a number of business symbolism: efficiency, action, and perseverance. Bees help to pollinate flowers as they feed themselves, which also makes them a symbol for nourishment and life. 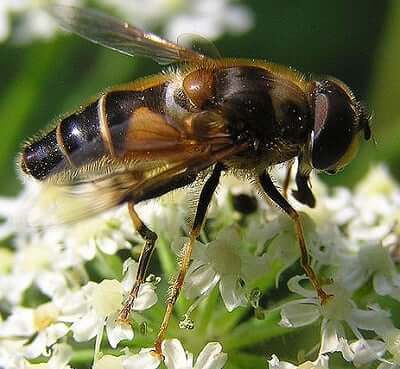 The sunshiny yellow color of the bees symbolizes joyfulness and happiness, while the black stripes could symbolize the bees dark-side – stinging and killing if needed. Overall, the bee is a symbol for hard work. Those who have the bee as their totem animal tend to be busy much of the time.

The praying mantis animal guide always seems to look like something is on its mind. This insect takes its time when hunting for prey. It can wait for hours before it finds a meal and strikes. The stillness works for this insect in a hunting way, but also in a hidden way. Not moving helps the praying mantis to look like plants, making for great camouflage.

Although they are named after the fearsome dragon, the symbolism surrounding the dragonfly animal totem is actually quite sweet. The dragonfly spends very little of its life in actual dragonfly form. The dragonfly also spends much of its time near the water, giving it many water symbolism like purity and clarity.

The firefly animal totem may just be a small little bug, but when there are many of these creatures in one area they look like a group of moving stars. Fireflies, or lightning bugs, cast a light out of their bodies. While the firefly mostly uses their light to attract a mate, we humans merely see this light as a beautiful spectacle of nature.

Because the firefly spirit animal uses its light to attract a mate, it is a symbol for attraction. Because of the light in general the firefly makes a great symbol for light itself, ideas and intelligence. These little bugs simply look friendly and wise, which is why they can also be symbols for guidance and friendship. People who have the firefly totem tend to be full of life, as well as creative or kind.

Lastly, we have the spider animal totem. The spider is a complex animal who scares many humans. Some spiders are deadly, but most are benign. The spider plays a role in many cultures across the world because spiders are found on all continents except for Antarctica.

For instance, in ancient Egyptian culture, the spider symbolizes creation and cunningness that came with hunting. Creativity and hunting skills are what defines the spider the most. Some terms for the spider’s animal symbolism could be cunning and crafty, creative and resourceful and destructive as well as protecting. People who have the spider as their totem animal tend to have creative, but also have a dark side to them.

These are just some of the insects that have specific symbolism to them. There are many other bugs and creepy crawlies whose symbols are just waiting to be discovered. Now that you know about some of these bug’s symbolic meanings, maybe you can figure out some of the other insect’s symbolism as well.