People have found ways to subtly affect their luck since the beginning of time. They vary from place and culture, but they are all based on a similar principle. Here are a few of the world’s lucky charms.

The stories vary on this piece of luck-affecting regalia, but a widely-accepted legend is that Saint Dunstan, who was the Archbishop of Canterbury in the tenth century, used to be a blacksmith.

One day, the Devil came to his shop and commanded him to re-shoe his horse, so that he could go out and do more wicked in the world. 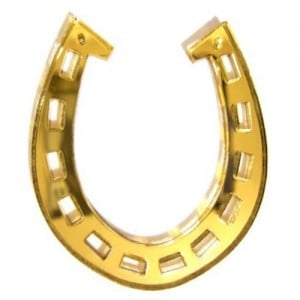 Dunstan did so, but he put the fourth shoe on the Devil’s foot instead of the horse’s. This caused the Devil great pain, and he made a deal with Dunstan that if he removed the shoe, he would never enter a house with an upward-facing horseshoe hung over the front door. Since then, the horseshoe has been considered lucky.

Three-leafed clovers represent a normal life, and are considered mildly lucky themselves, but the four-leafed clover is the most well-known lucky symbol on the planet.

Here’s why! On a three-leafed clover, the leaves represent faith, hope, and love. The Catholic church in Ireland adopted this symbol in relation to the triple-divinity of the Christian god, but the Irish used it well-before that. 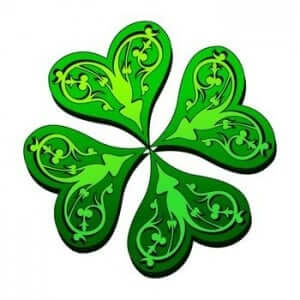 The Druids used that same clover, with the addition that the fourth leaf is the one that represents having luck. Anyone can find a three-leafed clover with those values everyone should have, but a four-leafed clover bestows its luck on the finder. This only works, however, if it is found on accident – looking for a four-leafed clover on purpose will yield no luck!

In Norse folklore, the acorn and the tree that makes them are both considered bearers of good luck. Acorns are hardy and will grow in a lot of different circumstances. 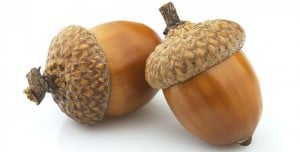 This lead the Norse to associate them with being able to succeed easily, and therefore with luck. It’s even still a tradition in Scandinavia to put acorns on windowsills to ward away lightning from a house.

A late 19th-century poem that you may know goes, “Starlight, star bright.” The rest is common knowledge. The practice of wishing on certain stars comes from Greece, where the stars were representations of gods and heroes that may very well have had the power to grant your wishes. 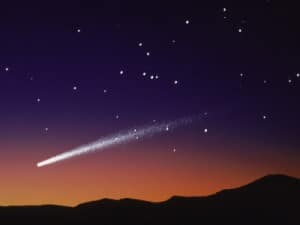 A shooting star is said to be lucky because of its rarity and evanescence: in a sea of stationary twinkles, a sudden streak of light that lasts only a second is a rare thing to see, and is therefore considered lucky if you see one. Make your wish quickly, before you forget it.

Share
Previous What Is My Celtic Totem Animal?
Next How To Remove A Psychic Block?