All the animals that walk the Earth have a special symbolic meaning to them. Some of these land animal totems have very similar symbolism, while others seem to be completely different. And even more curious – other animals seem to have different symbolism within themselves.

This article will discuss some of the symbolic meanings around five land animal totems. The animals discussed in this article will be bears, cats, dogs, elephants, and rabbits. All these animals have unique qualities that give them their special animal symbolism, making them exclusive totem animals.

The bear animal guide is a fearsome creature, making its home in forests and other areas secluded from humans. Whether it’s a polar bear or a grizzly bear or a koala bear, the spiritual meaning of the bear changes only slightly from one species to another. The bear has contradicting symbolism to it. On the one hand, this land animal totem is a terrifying creature who could easily tear a man apart if they wanted to. They don’t seem to be afraid of much, but many creatures are afraid of them.

Because of these things, the bear symbolizes power and bravery. On the other hand, the bear makes a great mother to her cubs. The mother bear is highly protective and will do whatever it takes to make her cub’s lives peaceful and harm-free. Because of this, the bear also symbolizes motherhood, protection, and tranquility.

The dog totem is said to be man’s best friend, which does a great deal for the animal’s symbolism. It is easy to get a dog to love you, teach them simple tricks, or even to have them guard your home. The domestic dog meaning can easily symbolize protection, loyalty, intelligence, obedience, and family for these reasons. Like the cat, the dog also has cultural and religious significance.

In cultures around the world, dog spirit animals have been helpful in protection, but also hunting and fighting. Here, dogs can symbolize strength and security. In a few religions, dogs were said to help guide souls to the other side, making them a symbol for wisdom and loyalty. All these dog symbolic meanings help to make up the symbols for the dog as we know him today.

There are many types of large cats in the wild. The cat animal totem we are now symbolizing is just the domestic house cat. You can figure out a lot of cat symbolism just by watching your pet all day. Cats are secretive creatures that like to spend much of their time alone napping. You never quite know what is going on in a cat’s mind, but it almost always seems like they are thinking something intelligent. For these reasons, the cat symbolizes wisdom, but also a mystery.

Cat symbolic meanings are important in cultures all over the world, which adds more symbolism to them. In some places, black cats are seen as being unlucky and can be a symbol of evil. In other places, cats were used as mouse – hunters or guards of a house, making them a symbol for security and strength. In other places, cats play an important part in religion, which can symbolize faith and belief. Depending on how your culture feels about cats can also affect their symbolism. Read about cat prints symbolism. 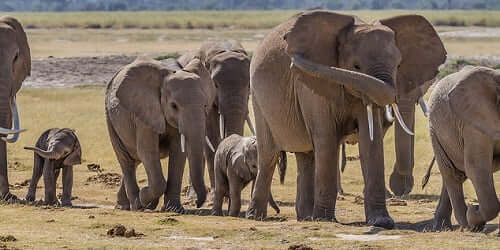 Lastly, the rabbit’s symbolism revolves mainly around the creature’s actions. The rabbits are somewhat shy around humans but are very social around their kind. The rabbit tends to breed a lot and rather quickly. It produces many baby rabbits in the process. The rabbits also don’t hurt other creatures unless aggravated; they have many more predators than prey. It is because of all of these things the rabbit animal totem does a great job at symbolizing family, fertility, shyness, vulnerability, and communication. In some cultures, the rabbit also signifies luck and love as well.

As you can tell, all of these land animal totems have four legs roam the earth. On the other hand, they have different symbolic meanings. It is merely because of how they look and act. By knowing an animal’s symbolism, you can better relate and learn from the animal. If you feel like you especially can connect to one of these land animal totems, then you may have found your totem animal.