No matter why you get a tattoo of a cloud, for its symbolism, to cover up another tattoo, because you think it looks cool, or if you’re just really enthusiastic about weather patterns, it is still fun to know the symbolism behind you tattoo, even if you’re just going to use it to tell a story. There are actually many myths and stories behind clouds which add to their symbolism. Overall, this article will discuss these myths, symbolism, and ideas for cloud tattoos. 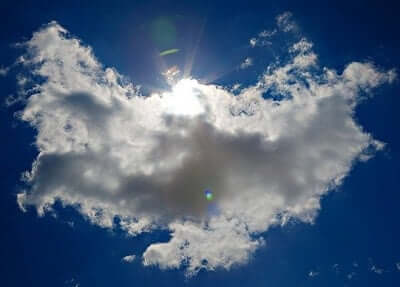 There are many different types of clouds with different names because of their place in the sky, what they look like, and how pillowy or wisp-like they look.

For example, many people don’t know that fog is technically a type of cloud that is really close to the ground. While fog wouldn’t make a very exciting tattoo, there are some other types of clouds that would look really cool.


There is a type of cloud called “cirrocumulus” clouds that look like small rows of little circular clouds. Theses types of clouds usually show up before a hurricane. The clouds that come before and during thunderstorms are called cumulonimbus clouds. These clouds seem flat, and fluffy at the same time. The clouds that you see outside on a mostly sunny day are usually cumulus clouds. These are fluffy and dispersed all over the sky. These are the cloud that people often see shapes in, as they are not all bunched together. There are many more types of clouds than just these, but these are some of the most interesting looking clouds, and the ones that would make the best tattoos.


Depending on the culture, clouds have a place in mythology as well. For example, the ancient Romans thought that their gods sometimes lived in the clouds. Some ancient Judeo-Christians, and children of these religions today, thought or think that guardian angels made their homes in the cloud.


It was like clouds were gateways to the heavens or the realm of the divine. Clouds were seen differently in eastern Asian countries like China and the countries near the Himalaya Mountains. The cultures in this area saw clouds as a symbol for transition and transformation.

Like some of the western religions, these cultures also associated clouds with that of the divine, or spirits. Some people thought that spirits were much like clouds, unpredictable.

The symbolic meaning of the cloud isn’t all about its fluffy nature, but more about what makes up a cloud. The cloud shares much of its symbolism with water and air. Water usually symbolizes clarity and purity. Air can represent the mind, emotion, and intelligence.

Together, the two seem to symbolize in the cloud the idea of clear thinking and emotional purity. Some other symbolic things or ideas that the cloud is often symbolic of mystery, dreams, secrets, emotions, and potential.

Now that you know more about the symbolism behind clouds and some of the different types of clouds you can tell a better story about your tattoo, get your first cloud tattoo, or maybe even just feel better about a cloud cover up tattoo. No matter how you use this information, at least you know a little more about the symbolism behind the cloud tattoo.