The caiman is one of the earth’s oldest animals. While the animal does not live for nearly as long as most humans, the caiman species has existed on earth for centuries. It’s oldest ancestors were alive in the time of the dinosaurs. Since that time, the caiman animal totem has evolved very little. It is an efficient killing machine, and it has not needed to change much since that time. The caiman is closely related to alligators and crocodiles, so much of their symbolism is the same. Yet, caiman have special symbolism in some cultures where alligators and crocodiles do not.

The caiman spirit guide looks a lot like their relatives the crocodile and alligator, they usually tend to be larger and more deadly than these creatures though. Like crocodiles and alligators, caiman make their home in swampy or other wet areas. They are the fastest in the water, but they are not slow on land either.


Like many other reptiles, the caiman is a carnivore, and must kill to survive. This gives off the air of danger, but also of strength and power, all of which the caiman animal guide symbolizes. This animal is a deadly hunter, and it is feared by the other animals in its habitat, as well as many humans.


On land, animals have a fair chance of getting away from the creature, but in the water the caiman is speedy. This is a creature that is guided by instinct and seems to care only about killing to survive. This stealthy and cunning creature will do whatever it takes to catch its next meal. A caiman animal totem could easily be a symbol for an efficient warrior or a sneaky and calculating villain. 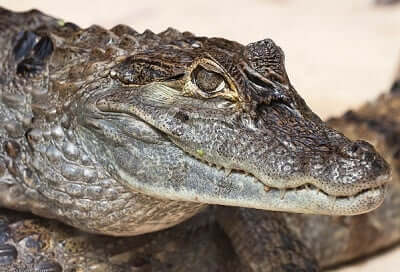 The caiman animal totem does not only symbolize brutality, but also emotional depth and self-awareness. Because the caiman spends much of its time in the water, making its way with ease, the creature can also symbolize fluidity. Water often stands for clarity, but also depth. This is where the emotional depth comes in with relation to the caiman symbolism. If you are dreaming about a caiman symbol often, then it is likely that you have unresolved emotional issues. The best way to make sure that you no longer have these dreams is to do something about your emotions. You need to be able to understand yourself before you can even begin to understand others.


The caiman symbolic meanings are important in the ancient Inca culture. Because of the creature’s size and sure killing power, the caiman stood for strength and power in the Inca civilization. Some historians believe that the Inca people thought that the caiman was the earth’s first creature, or at least one of the oldest. This gave the creature a sense of old magic or mysticism around it. It represented a kind of primordial power.

In Machu Picchu there is even a carving of a giant caiman that seems to be climbing on the top of a mountain. It is divided into sections that seem to symbolize different things. Many of the sections of this animal totem simply stand for power, death, and sex. These are things seen in everyday life, and yet are perfectly represented in the body and actions of the caiman symbol.

In many cultures all over the world there seems to be a consensus that the caiman stands for power, strength, and cunning. Brute instinct drives this creature to kill to survive. A creature nearly as old as the dinosaurs seems to be teeming with a sort of ancient power, and many even evil, within it.

This is a creature to be feared, and the caiman animal totem can easily symbolize much of what humans fear in other animals and in themselves in general. Although, we must not forget some of the caimans more noble traits that humans can strive to achieve, like determination, speed, emotional depth and understanding. Truly, the caiman is a complex creature, and is a mighty totem animal.