The tortoise spirit animal lives its life slowly and steadily. Because of the simple ways that the tortoise or turtle totem acts have inspired stories and symbolism in many cultures worldwide. In some places, the story of the tortoise and the hare is simply a morality tale, while in other countries, the tortoise is seen as being like a god, or at least a symbol for a god.

The tortoise’s wise looks, old age, and slow pace have encouraged symbolism in many different ways, making them a highly interesting animal totem. Let us begin with some simple tortoise animal spirit facts that encourage some of the animal’s symbolism. Although it might be obvious, tortoises don’t actually do all that much.

They are not extremely cunning predators or overwhelmingly vulnerable prey. Instead, the tortoise eats only a few insects and animals, and they have very few real predators. They do not run into or out of danger but instead keep more or less of the same slow pace for their whole lives.

Tortoise spirit animal reveals that you need always to say thank you to your friends who genuinely care about you and your feelings. Show them love the way they show you love. Stand tall and be proud that you have people who care about you around you. It is good to have people who understand that you are unique and magnificent. You do not need other people’s approval to have fun.

The tortoise represents God’s guidance in your life. Tortoise meaning indicates that you will overcome the storms you face in life. Nothing can be too much for you to handle. As long as you walk in faith, you will never walk alone. Where you find life to be difficult, seek help from those around you.

Tortoise totem reminds you of the importance of knowing your worth. It would help if you found the courage to leave the place where you are not respected. Your life is so important to allow other people to take it for granted. Always love the person that you are.

This creature brings you the energies of moving on from the past. Tortoise animal totem signifies that it is difficult to know that some people will not be in your future. But life has to go on. Keep writing your story because it might help other people. Appreciate what you currently have in life.

Tortoise symbolism teaches you that you have a powerful driving force inside you. Once you unleash this power, you can make any dream, desire, or vision a reality. Your dreams only need you to take the first step to make them a reality. Stop wasting time and start working on them. 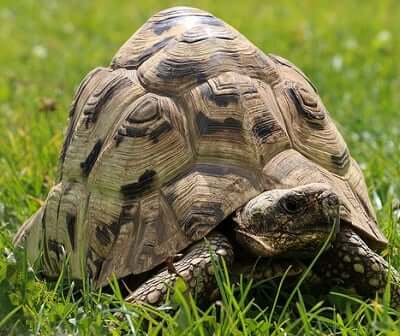 The tortoise spirit guide’s simple features and actions have inspired many legends and symbolism about the animal. Because the tortoise generally lives a long life, it makes sense that they would make a great symbol for longevity and endurance. The tortoise symbol also represents many virtues that humans often find hard to keep, like patience, knowledge, and stability.

The tortoiseshell and the lack of predators for the animal give the animal extra protection when they are in the wild and make them a wonderful symbol for protection and security. The tortoise animal totem also lives its life at a slow and steady pace. They don’t react crazily or do everything on impulse. The tortoise seems to give off a sense that they think about what they do before doing it. It’s like they’re placing their lives on purpose, making them a great symbol for order and pacing yourself.

Because of the many virtuous tortoise symbolic meanings, there are many legends about the animals in different cultures. In some cultures, people believe that the world is built on the back of a giant tortoise or turtle. In some Native American legends, it is said that a giant tortoise or turtle was able to save the Native Americans when a giant flood covered much or all of the world with water.

The tortoise is seen as a symbol of wisdom, security, endurance, peacefulness, longevity, and patience worldwide. These are all fitting traits and symbols for this animal and things that we humans should try to achieve in our own lives.

Some cultures see the tortoise or turtle as a symbol of a mother. Some cultures think that tortoiseshells can be used to predict the future or that they hold other wisdom or magic within them. The markings on a tortoise’s shell are supposed to be a code for telling the future.

Sometimes people will want to divide a tortoise’s shell into thirteen parts to represent the moon phases in a year. Because of these things, the tortoise spiritual totem is sometimes a symbol for the magical and mystical, but mostly for its wisdom.

Seeing a Tortoise meaning illustrates that you need to respect people who are loyal to you. These are people who can put their ego aside and apologize to you when they make a mistake. Learn to apologize to your friends when you also wrong them. Respect should always be two-way traffic with those around you.

Tortoise As A Celtic Animal Symbol

Tortoise portrays innocence, protection, longevity, and wisdom in Celtic history and lore. You need to love, respect and support those around you. Togetherness with those around you will always make you unstoppable. This creature will always bring sure and steady messages into your life as your animal totem.

What are Tortoise Dreams?

Tortoise appearing in your dream tells you that you need the courage to do what you know is right. Avoid anything that confuses you not to do what is right. Tortoise symbolism assures you that talking to people who make you happy is the best way of achieving happiness. Also, always be there for people who feel happy to talk to you.

Tortoise spirit will always teach you how to move on from people who hurt you. Delete their phone number and their pictures to stop thinking about them. Spend more time with your family and friends. Read and listen to motivational materials. Engage in activities that remind you how important it is to love yourself.