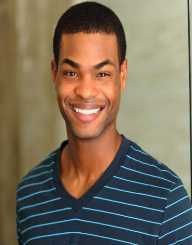 Known to people as King Bach, Andrew Bachelor was very known for his 6-seconds sketches. He has over 16 million followers on Vines. He also has included several people including Justin Bieber, Tyga, and Keke in his videos. He is known to have taken his profound profession very seriously and have created a lot of youtube videos. King Bach has also landed himself with the contract of creating commercials for different companies.

King Bach has so many projects at hand and has turned various requests for videos. Presently, he is very active on his YouTube Channel, Bachelors Pad TV which has over one million subscribers already. Other publications also contribute to his online video contents, some of these people are FSU News. He is also known to have appeared in various TV shows including My Pyramid and Burn Notice. He is currently part of the cast for Black Jesus which is a TV show.

King Bach got introduced to the Vine Channel by Brittany Furlan who was then the Queen of Vine. He, however, uploaded his first ever video on 19, April 2013. Since then, he has been on the move of consistently showering the Vine with videos. He is now regarded as the one with the highest followers by the app. He also has over 6 billion Vine Loops to his name. He once had the notion of deleting this popular Vine account at a particular time before he changed his mind. King Bach eventually became one of the leaders of Vine in 2015. He later joined hands with UTA to sing as a result of this stardom. He, however, started appearing in TV serials until he has a breakthrough performance with a spoof comedy, Fifty Shades of Black. He played a role in a fictional film we are Your Friends as well as made a guest appearance on BET’s Punk’d.


THE SPECIALITY OF KING BACH?

The specialty of King Bach is based mainly on his charming personality as well as his characteristic cool. He has a very calm demeanor though he often expresses himself as an exuberant persona in most of his videos. He is also known to have used the Caricature, King Bach in his videos and likes playing cartoon-like roles. His videos are always very entertaining and hilarious. He is very notable for different acrobatics including backflips and off the wall acrobatics. He seems to be very smart with the ability to play his card. He is known to have worked with different notable personalities to get his fame on Vien. King Bach is one of the most clever sets of persons on Vine and has been able to decode plot in 6seconds skit. Apart from the fact that he is a comedian, he is also an actor as well as a philanthropist.  He is known to have used his foundation to help hungry children in Jamaica as well as America. He has provided their basic needs as well as necessities including school supplies.

King Bach didn’t envisage being one of the most famous individuals, but he is winning in his online career. He was due to the success of his online career switched to the main acting which happens to be his desire. He later set up a production company up to where he acted, produced and directed the film Agent Steele. Soon, he brought about different ideas to make his videos more entertaining on youtube. He later collaborated with several people to make his videos more successful and engaging. Most likely, he would be more of a television guy as well as a successful youtube. Currently, King Bach is very single and does not have a very serious relationship. He is known to have had affairs with different people including actress Liana.

Andrew is known to have been born into the family of Caribbean Christians. His parents are known to be of Jamaican descent as well as being accountants. Although he was born in Toronto, his family had to move to Florida while he was two years. At school, he was the very sharp and active kid that is always respected by the teachers. He graduated from Coral Springs Charter School before pursuing his career at Florida State University. He pursued a degree in Business Management and was known to be a high jump star athlete. At that time, he was ranked as one of the top 15 high jumpers in NCCA. He enrolled in a Graduate program in New York Film Academy while he was still in college. He had learned more about filmmaking before he dropped to pursue fame and popularity.