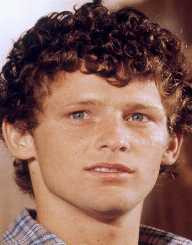 Terry Fox was a Canadian athlete who was also known to be a cancer research activist. He was known for his superhuman efforts in the Canadian folklore. He was a man of tenacity and mental ability whose willpower started showing at the age of 18. He, however, was a very good athlete, but his career was ended with the amputation of his right leg due to cancer. He became mentally active and stronger as he had to retain his positive mindset. Although, he experiences a lot of pains and struggles while he was a cancer patient. Thus, he decided to help those who have cancer that he could help. It was then he formulated a plan to traverse the whole of Canada on foot to raise funds to finance cancer research and inspired people with disabilities.

Terry Fox became a celebrity in no time having traveled through Canada spreading his message with the aim of fulfilling his goal. He was known to have run over 43 kilometers every day and had his marathon and life ended with his recurring cancer. He, however, touched people’s hearts and collected enough funds for cancer research.

Terry Fox was born on 28th of July, 1958 to Betty Fox and Rolland Fox. He loved the sport and did not always want to lose in any competition. He is known to have loved basketball but was not a very good player until he got to eighth grade. He was very short and advised to take on another game due to his height, but he rejected and kept practicing until he became very good in the ninth grade. He even won the Co-Athlete of the Year in his twelfth grade with Doug Alward, his friend.

Terry Fox made it to the University team of Simon Fraser University where he was studying Kinesiology. He aimed to become a physical education teacher. However, in 1977, he was diagnosed with bone cancer which led to the amputation of his leg. He had an artificial leg fixed to his leg with a chance of fifty percent survival of cancer. He witnessed a lot of troubles and sufferings when he was being treated. He is also known to have been troubled before he eventually recovered from cancer.

Terry Fox was inspired in the hospital after reading about how an Amputee ran in the New York City Marathon. He then had this urge and elaborate plan to runtoinspire other Cancer Patients as well as raise money for cancer research. By 1979, he engaged himself inactive and painful training for his marathon. He, however, ran over 5000 kilometers during his training and completed a 43-kilometer marathon in the British Columbia. In that same year, he sent letters to different companies requesting for sponsorship. He, however, got sponsorship from a whole lot of companies including the Canadian Cancer Society who were hesitant. Terry Fox later began his marathon race which he tagged Marathon of Hope in April 1980 with his school friend Doug Alward. He faced a lot of troubles during his first race but was later received massively in New Foundland where he got over 10, 000 dollars as a donation.

Soon, Terry Fox disheartened as the donations keep on declining until Sharp, a CEO of a chain of hostels agreed to donate $2 for every mile covered. He also used his business contacts to get other companies to do the same. He later met the Governor General as well as the Prime Minister when he got to Ottawa. Upon reaching Toronto, he got a wide reception, and many dignitaries ran with him. Even got honored at the Nathan Phillips Square collecting over 100, 000 dollars as donations on that day. Terry Fox however suffered chest pains and cough bouts while he was in Ontario till everything got worse and he had to be taken to the hospital. His marathon was ended then, and he garnered 1.7 million dollars. By April 1981, donations that were made for his cause was $23 million.

Terry Fox became the youngest to receive the honor of Companion of the Order of Canada. He later won the Lou Marsh Award as Canada’s top sportsman of the year.

Terry Fox fell into a coma on June 28, 1981, and that was what led to his final breath on earth. In September that year, Isadore Sharp and Fox’s family organized the Terry Fox’s marathon race which later became international events. Many schools, roads, and buildings in Canada were named after him. His statutes were installed in several parts of Canada to honor him. He also inspired a Paralympic Athlete, Rick Hansen.