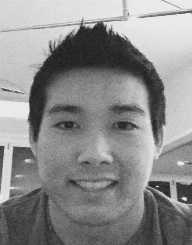 Ever since Evan Fong was a young boy, he loved to play video games, but not as much as he loves to play them now. In his childhood, some of his favorite video games were Crash Bandicoot and Pajama Sun.  That wasn’t his only interest, though. He also loved to play sports and play musical instruments. He still does some of these things, but he spends a majority of his time playing video games and narrating what he does in YouTube videos.

Before Evan Fong was invested in video games, he spent a majority of his time playing hockey. He has played on four hockey teams during his lifetime: Aurora Tigers, Villanova Knights, Dixie Beehives, and Vaughan Vipers. Evan Fong was so good at hockey that he even won a contest as a child. Although he still loves hockey, he has not had much time for it since he began to focus on his YouTube channel.

Evan Fong loved video games, but his parents made sure that he didn’t let the games get in the way of his education, at least, while they could control that. While Evan was away at University, he decided to drop out of school after two years of schooling, to focus on his YouTube channel full time. His parents did not approve of this, which made it such a difficult decision for Evan to make.

Evan Fong is famous on Youtube for the way he plays video games and comments on what he is doing. Years ago, a career in commenting on footage of video games would have been something like a dream, but to Evan, it is a dream come true. His account, VanossGaming, has over 20 million subscribers.

Evan Fong is most famous for his videos in which he plays over the game, Grand Theft Auto. In the game, the goal is to steal cars, fight the police, and to take part in some other crimes. While this doesn’t sound particularly funny, Evan Fong knows how to put a hilarious spin on the game, which is part of the reason why he is so loved by his fans. Some of the other games he plays include the war game, Call of Duty; another war game, Modern Warfare; the zombie game, Dead Rising; a skateboarding game, Skate 3, and Titanfall. Altogether, Evan has over 400 videos of himself commenting on video games.

Evan Fong doesn’t just do solo work on YouTube; he also teams up with other famous video game YouTubers, including Lui Calibre. One of his most renowned group videos is his series, The Magic Tomato. He works on these videos with Calibre, as well as YouTube users, Wildcat, Terroriser, and Delirious.

While his parents may not have approved of him leaving school to play video games, it certainly paid off--literally. Depending on his daily views, Evan is estimated to be able to earn from half a million to 5 million dollars a year, just from playing video games, commenting, and editing his films.

Evan Fong was nominated for but did not win, the Trending Gamer in 2014 award from the Game Awards.