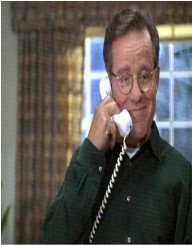 Phil Hartman was an actor, screenwriter, and comedian born on September 24th, 1948. He is famous for the development of Pee-wee Herman, a famous character he created with Paul Reubens. Also, he is remembered for the roles he played in The Simpsons and Saturday Night Live. During his career, he acted in many other films such as Greedy, Houseguest, Coneheads, and Jingle All the Way. In the sitcom NewsRadio, he was cast as Bill McNeal. Besides acting, Phil Hartman owned a graphic design business. The accomplished actor loved flying, driving, sailing and playing the guitar during his spare time.

Phil Hartman was born on September 24th, 1948 to Catholic parents. His place of birth was in Ontario, Brantford in Canada. He was the son of Rupert Hartmann and his wife Doris Marguerite and had seven siblings. His father served as a salesman of building materials. In 1958, the family moved to the United States. By 1990, they had acquired American citizenship.

Phil Hartman schooled in Westchester High School where he often represented his class as a clown. After his high school graduation, he was admitted to Santa Monica City College. However, in 1969 he dropped his studies at the college to join a rock band. In 1972, he decided to continue with his schooling.  Therefore, he joined California State University, Northridge where he studied graphic arts.

Phil Hartman began working with Groundlings, the famous Los Angeles comedy troupe in 1975. He then collaborated with comedian Paul Reuben. Together, they developed Pee-wee Herman which turned out to be a popular character. Also, in 1985, they wrote the hit film Pee-wee's Big Adventure.

In 1986, Phil Hartman became the writer and actor of Saturday Night Live (SNL). Meanwhile, he also performed other roles including lending his voice to The Simpsons animated series.

In 1993, he also featured in Coneheads, and So I Married an Axe Murderer. The following year, he left the SNL show.

In 1995, Phil Hartman began his role in the sitcom Newsradio. The following year, he appeared in Jingle All the Way.

Phil Hartman married for the first time in 1970 to Gretchen Lewis. They later divorced upon which he tied the knot with his second wife Lisa Strain in 1982. She was a real estate agent. After three years of marriage, they divorced

Subsequently, in November 1987, Phil Hartman married Brynn Omdahl as his third wife. The couple was blessed with two children Birgen and Sean Hartman. However, their marriage was a difficult one.

Phil Hartman died a tragic death on May 28th, 1998 after his wife Brynn Omdahl shot him in his sleep. She shot herself as well leaving behind their two children.