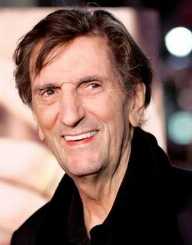 As a young adult, Harry Stanton attended the University of Kentucky. While at this school, he took classes in various subjects to try to discover what he would like to major in. Eventually, he took up studying drama. However, instead of majoring in the subject, he eventually dropped out of school to pursue acting full-time.

Harry Stanton began his acting career in 1954 when he took on a small role in the television series Inner Sanctum. Throughout the rest of the 1950’s, Harry Stanton continued to work mostly in small roles in television shows, like Suspicion and Decision. Later on, in the decade he also began to earn recurring roles in television shows, including The Rifleman, The Lineup, and The Texan. However, before the decade was over, he had also started to appear in small roles in films, one of which being Tomahawk Trail, which came out in 1957.

In the 1960’s, Harry Stanton began earning more and more recurring roles on television shows, gaining more episodes on each show than he had in the 1950’s. On several of his early recurring shows, he often played different characters. Some of these shows included Zane Grey Theatre, The Untouchables, and The Lawless Years. It was also during this decade that Stanton began working on made-for-television movies. The first of these was Postmark: Jim Fletcher which aired in 1963. Throughout the rest of this decade, Stanton mostly had one-episode-long roles in various television shows and small parts in films like The Mini-Skirt Mob, A Time for Killing, and The Man from the Diner’s Club.

In the 1970’s, Harry Stanton moved away from working in television and began to focus more on his film acting career. Many of his films from this decade were Westerns. Some of the most famous movies he was in during this decade include Pat Garrett & Billy the Kid, Dillinger, The Godfather: Part II, Rafferty and the Gold Dust Twins, and Alien. Stanton was only in one television show during this decade: Mary Hartman, Mary Hartman. He played Jake Walters in this show from 1976-1977.

Stanton’s career went back and forth between movies and television in the 1980’s. Harry Stanton started out the decade with a role on the television show Young Maverick and then went on to act in the film Death Watch immediately after. Throughout the decade, he worked on more movies than television shows, but he wasn’t as focused on his film career as he had in the previous decade. He began playing larger roles than he had in decades past. Some of the films he was in during this decade include Private Benjamin, Christine, Pretty in Pink, and Dream a Little Dream.

Harry Stanton resumed his focus on film in the 1990’s. He also resumed acting in made-for-television movies like Payoff and Against the Wall. Some of his most famous movies from this decade are Twin Peaks: Fire Walk with Me, Playback, She’s So Lovely, and The Green Mile. He also had a recurring role as the character Shadrach in the mini-series Dead Man’s Walk.

In the 2000’s, Harry Stanton focused mostly on films but also worked on television shows as well. His major television work from this decade was on the show Big Love which he played Roman Grat from 2006 until the end of the decade. Some of Stanton’s most popular movies from this decade include The Big Bounce, Alpha Dog, Alien Autopsy, and The Open Road.

Harry Stanton worked in about an equal amount of television shows and movies in the 2010’s. He continued acting in this decade until his death in 2017. He had recurring roles on the shows Mongo Wrestling Alliance, Getting On, and Twin Peaks. Some of his popular films from this decade include The Avengers, Carlos Spills the Beans, and Lucky. He will also appear in the film Frank and Ava, which is expected to be released sometime in 2018.

Over the course of his long career, Harry Stanton has only won a handful of awards. Some of his most impressive acting awards are listed below.

Harry Stanton died on September 15, 2017, in Los Angeles, California, USA. He was 91 years old when he passed away.