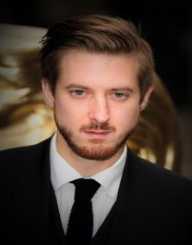 Thomas Arthur Darvill was born on June 17, 1982, in Birmingham, England. His parents are Ellie and Nigel Darvill. He uses his middle name as his stage name, which is the name that he is best known for now.

As a youth, Arthur Darvill attended the Bromsgrove School. While he was in school, he joined the Stage 2 Theatre Company. He acted with this group for a while before starting his own company, Fuego’s Men.

When Arthur Darvill was 18, he moved from his hometown to London. While there, he attended the Royal Academy of Dramatic Arts.

While at the Royal Academy and after finishing his education at this school, Arthur Darvill was extremely involved with theatre. It was during this time that he earned his first professional theater role in the play Terre Haute. He continued to act in several plays before he moved from the stage to the screen.

Even though Arthur Darvill moves from acting primarily on the screen instead of on the stage, he remained involved with theater. In 2007 he made a character named Rob in a monologue-- Stacy; he also appeared in the play Swimming with Sharks. He wrote music for the 2008 play, The Frontline. He even wrote a musical in 2009 called Been So Long. Most recently, he has also worked on the play, The Lightning Child and Once.

Most recently, in 2017, he has appeared in the play, Honeymoon in Vegas as the character Jack Singer. It appears that Darvill will continue working on stage, even as he continues his television and film career.

Arthur Darvill first began his film career in 2008 when he acted in the made-for-television movie; He Kills Coppers. Later on, in the same year, he also earned a repeat role in Little Dorrit as Tip Dorrit. This was his first television role, so it was impressive that his first on-screen role wasn’t just a bit part.

In 2010, Arthur Darvill acted in his first film, not made for television, Sex & Drugs & Rock & Roll. He also worked in the music department for this film. Later on, in this same year, he also acted in Robin Hood and Pelican Blood. It was also in this year that Arthur Darvill took on the role that he would become best known for: Rory Williams, on the classic science fiction show, Doctor Who.

He Continued to act on this show until 2012.  In 2012, he also appeared in a miniseries called Pond Life, where he played the same character. He also voiced his character in the Doctor Who video game Doctor Who: The Gunpowder Plot.

2012 also brought new roles to Arthur Darvill, including a role in the film, Doctor Faustus. However, in 2013 and 2014, he spent less time working on films. He instead worked on several shorts and in small characters in television shows. Some of the shows and shorts he worked on during these years include The White Queen, Crazy for You Penguin, and Captcha. However, Arthur Darvill did become involved with one major project in 2013, working on the television show Broadchurch. As of 2017, he continues to work on this show.

Some of Darvill’s other most recent projects, which include television shows, made-for-television movies, and feature-length films, include the following: Treasure Island, Danny and the Human Zoo, and Legends of Tomorrow.

Outside of acting, Arthur Darvill has also helped to produce music for several projects. He is credited on the soundtrack for If It Ain’t Stiff and The 67th Annual Tony Awards.