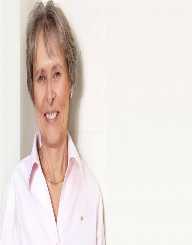 Roberta Bondar attended Sir James Dunn High School in Sault Ste. Marie before enrolling at the University of Guelph. She obtained a BSc in zoology and agriculture (1968). She then studied experimental pathology at the University of Western Ontario and got her MSc (1971).

In 1974, Roberta Bondar was awarded a doctorate in neurobiology from the University of Toronto (1974) and obtained her MD from McMaster University (1977). She was admitted to the Fellow of the Royal College of Physicians and Surgeons of Canada in 1981, as a fellow in neurology.

In December 1983, Roberta Bondar was chosen to be an astronaut and began training in 1984. In 1985 she was the chairperson of the Canadian Life Sciences Subcommittee for the Space Station.

In 1990, she was the prime payload specialist on the first international microgravity laboratory mission and also flew on Discovery during Mission STS-42 in January 1992.

Roberta Bondar is Canada’s first woman astronaut and the first neurologist in space. Bondar spent a decade as NASA’s head of space medicine.

Roberta Bondar has won numerous awards and honors including the Order Of Canada, the NASA Space Medal, a Career Specialist Award from the Ontario Ministry of Health (1982) and became an honorary member of Zonta International in 1984. She has received over twenty honorary doctorates from various universities.

Roberta Bondar has never married and has no children.

Post her career as an astronaut, Roberta Bondar was chairman of NASA for a decade. Afterwards, she worked as a consultant and motivational speaker. She did a course in photography and produced four books focusing on her love of the environment. She has also appeared widely in the media.