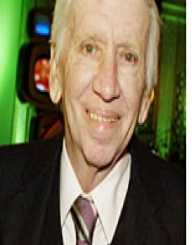 Bob Denver was known for his heavy-wool bucket hat, but his pranks and tactics brought him into the limelight. The Gilligan’s Island sitcom is still everyone’s favourite, all thanks to Bob Denver (goofy). Before then, he worked as a Math’s, Physics and P.E teacher at a Catholic School in Los Angeles, Pacific Palisades.

Bob Denver was known as an intelligent, shy and an introvert. As soon as he was born, he signified a new beginning for his family. With sufficient stability and balance through his life, he always secured a place at his own pace. Bob Denver never took hasty decisions and getting what he wanted was his motto. From childhood to adulthood, discipline ruled his entire life. Bob Denver was loved for his patience, understanding and above all a risk-taker.

We can attest that 1935 was a fruitful season. On 8th Jan, a renowned singer and actor, Elvis Presley was born. On 9th, Jan 1935 Robert Osbourne Denver saw the world in New York, New Rochelle. Bob Denver spent his teenage life in Rochelle where he later moved to Brownwood in 1951 with his family. His father, Arthur L. Denver worked as an accountant while his mother was called Marion Denver.

At 18 years of age, he joined Loyola University located in Los Angeles. Afterwards, he took a part-time job as a Mathematics and P.E teacher. He taught at a Roman Church Catholic called Corpus Christi School. In between, he spared some time to work as a postman.

In 1958 Bob Denver was given a chance to audition for a sitcom called The Many Loves of Dobie Gillis. Luckily, his natural talent surprised many. It was in 1960 that he opted to concentrate more as a thespian. He worked on the series for several years.

From 1964 to 1967 Bob Denver landed another role in a comic series called Gilligan’s Island. It happened after the end of his first role in Dobie Gillis. His new position gave him the spotlight. He is mostly recalled for his bumbling character. For the rest of his life, he worked on improving his acting skills which he never stopped looking upon. He appeared in television, countable of films and Broadway.

As a hardworking and self-disciplined man, Bob Denver saw himself in another sitcom called Who’s Minding the Mint. In 1970’s he appeared in Love, American Style and I Dream of Jeannie television shows.

Before CBS left promptly, Bob Denver acted in several films and sitcoms. From 1969 to 1974 he became an active actor. The doors opened where he was seen in the 2nd series of Gilligan’s Island, followed by The Good Guys, Sid & Marty Kroft. In 1978 to 1980 he acted like a mentally killed scientist in The Invincible Woman. Not so long he appeared in a series called High School U.S.A.

After years of cultivating in his acting career,Bob Denver opted to take another turn. Here, he went to stay at his home in West Virginia. Years later he was helped by his wife, Dreama to launch a radio station called WGAG-LP 93.1FM. It was here where he passed his time and age came knocking by his door.

With over 50 years of age, Bob Denver never stopped learning. In 1992 he starred as Gilligan during a fundraiser in West Virginia. Sad to say, Bob Denver life was cut short on 2nd Sept 2005 after battling from Cancer complication in North Carolina. He was 70 years of age and was survived by four children.