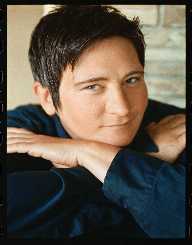 Canadian singer Kathryn Dawn Lang was born on the 2 November 1961 in Edmonton, Canada to Adam and Audrey Lang. Her father owned a store, and her mother was a teacher. Lang has three siblings, two sisters and a brother. The family moved to Consort, a village in Alberta, Canada, when Lang was a baby.

K. D.  Lang’s first album recorded with her band The Reclines, Friday Dance Promenade was released in 1983. Her second album, A Truly Western Experience which came out in 1984 earned a Juno Award, and she started to win recognition, performing as a Canadian artist at the World Science Fair in Tsukuba Japan in late 1984.

In 1986 K. D.  Lang moved to Nashville and signed up with Sire Records. Her 1988 album, Shadowland, was awarded Album of the Year by the Canadian Country Music Association. Lang performed The Alberta Rose at the Winter Olympics closing ceremony in 1988, and 1989 Roy Orbison invited her to record a duet of his hit Crying.

During the 1990s and 2000s, Lang continued to tour and record. Hymns of the 49th Parallel featured cover versions of the songs of other Canadian singers such as Joni Mitchell, Neil Young, and Leonard Cohen. The album went platinum in Canada and double platinum in Australia. She sang Joni Mitchell’s River with Madeleine Peyroux on Peyroux’s album, Half the Perfect World and also did Golden Slumbers, the Beatles song, on the soundtrack of the film Happy Feet.

In 2007 Lang did a duet with Anne Murray of A Love Song which appeared on the album Anne Murray Duets: Friends and Legends. Her album Watershed came out in 2008, her first album of original songs since Invincible (2000).

Lang and Roy Orbison won a Grammy Award for Best Country Collaboration with Vocals (1989) for their duet of his hit song Crying.

She has also been awarded an Office of the Order of Canada (1996) and was inducted into the Canadian Music Hall of Fame (2013).

K. D.  Lang is a lesbian and is a gay activist.