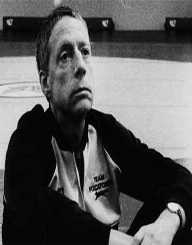 David Brudnoy was born on June 5, 1940, in Minneapolis, Minnesota, USA. His parents were Doria and Harry Brudnoy.

The Brudnoy family often moved because Harry Brudnoy, David’s father, served in the United States military. Because of this, David attended several schools during his youth.

After graduating from college, in 1971, David Brudnoy began working for WGBH, the Boston, Massachusetts public TV station. He worked here for about five years. Around this same time, he also had short gigs working for several other news stations including local stations for ABC, CBS, and PBS.

In 1976, David Brudnoy left television and began working for WHDH, a Boston radio station. He kept in the radio business for several decades, but he switched stations more than once. He moved to WRKO in 1981 and then switched again in 1986 to WBZ-AM. He would go on to work at this radio station for the rest of his life, with some sort breaks during his career for health reasons.

While working to WBZ-AM, he earned his own radio talk show called The David Brudnoy Show. His radio show was extremely popular, and he got to do it for most of the years that he was working with WBZ-AM. The show took a small break in 1990 for a few weeks to replace it with a cheaper show. However, fans wrote letters to the station and made calls. Within weeks, the show was saved and was back on the air. The show only ended with Brudnoy death.

During the 1990’s, David Brudnoy was tragically diagnosed with AIDS. However, he wasn’t ready to quit working. With some adjustments, Brudnoy was able to continue doing his radio show (and otherwise working with WBZ-AM) from his apartment, where the radio station had set up equipment for him to use. As his health suffered, there were some breaks in the show, but he always returned to the show when he could until his death.

While David Brudnoy was working on the radio and television, he also worked for several colleges around the United States. He did not stay at any college for very long, as he worked more as a guest lecturer than a full-time professor. Some of the colleges he has worked for are listed below.

In 1997, David Brudnoy published an autobiography called Life is not a Rehearsal.

David Brudnoy earned several awards during his lifetime for various reasons. Some of his most prestigious awards are listed below.

David Brudnoy was given an honorary doctorate degree from Emerson College.

David Brudnoy was diagnosed with AIDS in 1988. However, he did not make his diagnosis public until several years later. He was in a coma for about a week, which was the worst that the disease ever did to him. He recovered from many of the symptoms, but since AIDS has no cure yet (or during Brudnoy’s lifetime), he had to live with the disease for the rest of his life.

Later on, in 2003, David Brudnoy was diagnosed with skin cancer. As the years went by, cancer grew worse. Near the end of his life, it was discovered that cancer had spread to his lungs.

David Brudnoy died on December 9, 2004, in Boston, Massachusetts, USA. He was 64 years old when he passed away.