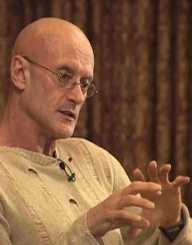 Kenneth Earl Wilber II was born on January 31st in 1949. He is famed for being a psychology writer that mainly writes on transpersonal psychology. He has also written some books on integral theory. Considering his prowess in writing, up to 25 of his works have been translated into 30 different foreign languages.

Ken Wilber was born on January 31st, 1949. His birthplace was in Oklahoma City. He was the only child of his parents. Accordingly, he faced a smooth childhood period since his parents left him to do as he pleased. Wilber’s father was in the air force. This partly contributed to the fact that his family never got the chance of settling down in one location.

Later on, for his high school education, Ken Wilber joined one of the schools located in Great Falls, Montana. During this time, he was given the nickname ‘the brain.’ This was for his academic excellence as he always topped his class. In 1967, he enrolled at the Duke University as a pre-med student. Soon, he got enthused by the Eastern literature, e.g., the Tao Te Ching.

After some time, Ken switched institutions to join the University of Nebraska situated in Lincoln. Wilber showed no interest in his university studies, and within a few years, he dropped out of school. One of the main reasons for this was to focus on his writings and the curriculum he was interested in.

In 1973, Wilber’s debut book was completed. This book was titled The Spectrum of Consciousness. This book was unique as it depicted Wilber’s attempt to integrate different fields including psychology, philosophy, and physics. Later on, this acted as a benchmark to his attempt in integrating spirituality and psychology. In 1982, a collection of poems, interviews, and articles under the title The Holographic Paradigm and other Paradoxes was published. The New Science Library did this publication. During the mid-90s, Wilber released Sex, Ecology, Spirituality. This was the first book in the Kosmos Trilogy.

In subsequent years, Ken Wilber released A Brief History of Everything – 1996 and The Eye of Spirit – 1997. Two years later, he completed the Integral Psychology. After this, he released A Theory of Everything – 2000. Just like his first book, A Theory of Everything tried to bring together spirituality with business, science, and politics. In 2002, he published Boomeritis. This was a book that delved to discuss more on the Baby Boom Generation and the fact that it was characterized with egotism.

The Simple Feeling of Being came in next in 2004. Around this time, Wilber was working on his Integral Theory. Two years down the line, Integral Spirituality was published. Other works that followed suit included The One Two Three of God – 2006, The Integral Vision – 2007, Integral Life Practice – 2008 and The Pocket Ken Wilber – 2008.

Ken Wilber has also been active recently in his writing career. In 2013, he released The Integral Approach. This was followed by The Fourth Turning in 2014. He took a short break before publishing the Integral Meditation – 2016. A year later, The Religion of Tomorrow was released.

Ken Wilber wedded Terry Killam in 1983. After a short period, it was found that Terry had breast cancer. This affected Wilber’s writing progress as he had to pause from 1984 to 1987. Sadly, Terry passed away in January 1989.