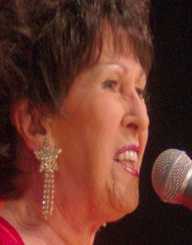 Wanda Lavonne Jackson is an American singer, guitarist, pianist, and songwriter popularly as the "Queen of Rockabilly" or the "First Lady of Rockabilly." Born on October 20, 1937, she achieved fame as one of the pioneers of rock and roll and a notable female rockabilly singer during the mid-1950s and 1960s. Jackson gained interest in music through the guidance of her father, who was also a musician. While in high school, she had the chance to perform with Hank Thompson’s band the Brazos Valley Boys and that was the start of her professional music career.

Wanda Jackson made fast-moving rockabilly and country music and mostly recorded them on opposite sides of the rock. She switched to mainstream country music as the popularity of rockabilly declined in the mid-1960s. Her hit works include Fancy Satin Pillows, A Woman Lives and Love, and Tears Will Be the Chaser for Your Wine. Jackson was inducted into the category Early Influence of the Rock and Roll Hall of Fame in 2009.

Wanda Jackson was born on October 20, 1937, in Maud, Oklahoma to Nellie Vera Jackson and Tom Robert Jackson. Her father was a musician. In 1940, they moved to California, in Tom’s bid to seek a better life for the family. It was here that he bought young Wanda Jackson her first guitar and encouraged her in music. To guard her interest in music, regularly took her to performances by Bob Wills, Tex Williams, and Spade Jackson. The family returned to Oklahoma, in 1948 when Jackson was eleven years. She received education at Capitol Hill High School in Oklahoma City.

In 1954, Hank Thompson hearing Wanda Jackson sing on a local radio station KLPR-AM became very impressed and sent her an invite to perform with his band, the Brazos Valley Boys. With this, Jackson had the opportunity to record some songs for the band’s label, Capitol Records. This includes the duet You Can’t Have My Love with the bandleader Billy Gray, released as a single in 1954. Capitol Records refused to sign her with their producer, Ken Nelson, claiming that, "Girls don't sell records." Jackson was signed to Decca Records.

Wanda Jackson's father became her manager and chaperon after she graduated from high school, and started touring. She was mostly billed with Elvis Presley, who she briefly dated. From 1955 to 1960, she was a cast ABC-TV’s Ozark Jubilee in Springfield. Seeing the potentials in her, Capital signed her in 1956 and released I Gotta Know that same year, peaking at number 15. Presley encouraged her in her rockabilly pursuit. She also released rockabilly songs like "Honey Bop," "Mean, Mean Man," including "Hot Dog! That Made Him Mad" and "Fujiyama Mama."

Wanda Jackson released Let’s Have a Party, 1960, which made it to the Top 40 pop hit. She became famous and started headlining concerts. During this period, she also had a band called Party Timers, featuring guitarist Roy Clark and pianist Big AI Downing. She wrote "Right or Wrong," which peaked at No. 9 with "In the Middle of a Heartache," peaking at No. 6. She became very popular, and Capitol capitalised on this to release some albums including Rockin' with Wanda (1960), and There's a Party Goin' On, consisting her 1950s songs.

In 1961, she released the album Right or Wrong and followed it with Wonderful Wanda in 1962. The following year, she released Two Sides of Wanda, comprising of rock and roll and country music with songs including a cover of Jerry Lee Lewis’s Whole Lotta Shakin Goin’ On. The album was a success, earning her a Grammy Award nomination for Best Female Country Vocal Performance.

The popularity of rockabilly began to wane. Hence, Wanda Jackson focused on traditional country music since 1965. Her two singles The Box It Came In, and Tears Will Be the Chaser for Your Wine, released in 1966 all made it to the country to 20.

She made a German-language debut with the single "Santo Domingo," recorded in Germany at the Electola studios in Cologne. The song was a hit making it to number 5 on the German chart. This led to her recording eight more German language singles. The songs were compiled on the album, Made in Germany. Jackson released A Woman Lives for Love, 1970, earning her a second Grammy Award nomination. She became a Christian in the 1970s and subsequently released the Gospel album Praise the Lord for Capitol, 1972.

Back to Rockabilly and Later Works

Wanda Jackson returned to rockabilly in the 1980s, releasing the album Rockabilly Fever in 1984. She also recorded with country music female vocalists including Rosie Flores and Jann Browne. In 2003, she released the album Heart Trouble on CMH Records, The Party Ain't Over, 2011, and Unfinished Business, 2012 for Sugar Hill Records.

Wanda Jackson dated Elvis Presley while touring with him in 1955. In 1961, she married former IBM programmer Wendell Goodman. Goodman later served as her manager. The couple had two children. Goodman died on May 21, 2017.