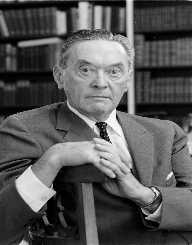 Walter Lippmann is a renowned columnist who was born in the year 1889. He grew up as a New Yorker. He frequented Europe as a child because that is where his parents went for vacations.

Walter Lippmann was the son of Jacob Baum and Daisy Baum. The parents of Walter were of mixed decent. They were from Germany, but they were also Jews.

Dwight School was Walker's foundation of journalism as it was where he graduated after senior year. Walter Lippmann then went ahead to apply to Harvard University where they graciously accepted him.  He chose to study languages and major in philosophy. He was fluent in both German and English. These made him well equipped to enter the field of journalism. In Harvard, he was a member of the Phi Beta Kappa where he learned a lot about cohesion and teamwork.

There were a lot of things that led Walter to his success. Walter Lippmann was in a good high school, and also, he joined Harvard. Walter had the purpose of uniting liberty with its former friend democracy as a young philosopher in Harvard. He founded a magazine in 1913 based on stories of New York.

Walter Lippmann knew that he was eligible to be part of World war 1.However, he thought that it would be more useful to plan the postwar stories instead of being part of the war itself. He then applied for a job to draft a peace and restoration plan to be used after world war 1. He served in the army in the year 1918 and was sent to Europe. This gave him connections in the House, and he was later made an adviser for Wilson. He was given an opportunity to contribute in the great speech Fourteen Points.

He pointed out that journalists are flawed by their thoughts and are unable to think and come up with impartial judgment critically.

Walter Lippmann is probably one of the most influential columnists that ever existed. His life at Harvard was remarkable as he met with people who later became his mentors. He was also part of the new republic family.

He always put his liberal thoughts on the magazine and made his opinions clear. Walter became part of the first world war. He assisted the secretary in France during the war. He was later sent to negotiate in the Versailles agreement.

The world was one of the best jobs for Walter because it was a reformist symbol. Walter Lippmann then moved on to write for a big paper in New York. His biggest break was his first column in his segment called today and tomorrow. He won many awards for this segment. It was posted by many newspapers all around the United States. He wrote many books and traveled to see the world. In his book called the public opinion, he looked into communication between journalist and politicians and reception by the general population.

The first thing worth recognition is Walters contribution in the world war. Walter Lippmann was a major element in fixing the issues that were present during and after the war. He was also consistent ion his liberal opinion which made him a reliable source for the general population

Walter Lippmann got his first break after writing a column for the tribune. Many newspapers used his story, and this made him known in the United States and the world. He became famous for his liberal opinions and philosophical approach to life.

The book that attracted attention to his liberal ways is the Public opinion that was released in the year 1965. It was a worthwhile read that he checked the government of the elite. Walter Lippmann also felt that journalist relied too much on slogans instead of real information.

In the year 1917, Walter Lippmann married a lady by the name Faye Albertson. The couple stayed together until the year 1937. Walter went on to marry Helen Byrne who was the love of his life until he died. Harvard has since his death honored Walter by naming one of the main houses after him. He influenced many people, and there are books with titles from his quotes.

Walter Lippmann was against popular culture. He thought that it was important for people to think independently and make their own choices. He felt that the government made people have certain perceptions which affected democracy. He equally did not advocate for a government which was full of the elite group of people. He wanted liberty.

Today and tomorrow is the segment that got him awarded numerous times. Walter Lippmann received a price for the segment in the year 1958. His column was also syndicated. In 1964, he was given a medal of freedom by the president. His books received accreditation, and his columns were recognized by many media houses. He is, even today, a celebrated journalist.

Walter Lippmann was a big and renowned advocate all over Europe. He became an adviser to the president during this time. He stopped writing his column in the year 1967. He died in the year 1974 at an old age of 85.