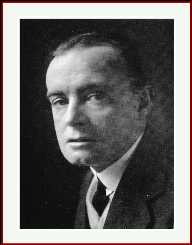 Saki is also known as Hector Hugh Munro. He is the witty British writer whose inspiration is unknown. He is regarded as one of the greatest short story writers of his time. He was very much influenced by the works of Oscar Wilde, Lewis Carroll, and Rudyard Kipling. He initially published his works in the newspaper before collecting them in volumes. Apart from the short stories he writes, he has written a full-length play as well partake in a historical study.

Saki has also influenced different writers like A. A. Milne, Noel Coward, and P. G. Wodehouse. He had to join the Colonial Burmese Military Police while he was in his early 20s. He, however, return home due to his ill-health. After this, he went into journalism as a career and wrote several publications.

Saki was born on the 18th of December, 1870 to Augustus Munro and Mary Frances in Akyab, British Burma. His father was an Inspector General for the Indian Imperial Police while his mother was the daughter of Samuel Mercer, a Rear Admiral. His mother died while his father sent him to England to stay with his grandmother and aunts. He got educated at Pencarwick School before he was sent to Bedford School where he stayed in a hostel. Saki joined the Indian Imperial Police in 1893 and was forced back to England due to his ill health. At the beginning of World War I, he joined an ordinary trooper at the 2nd King Edward’s Horse. He was well over-age then, but he later became a lance sergeant in the 22nd Battalion.

His writing career started when he worked as a journalist for Newspapers like Morning Post, Westminster Gazette, and Daily Express. Saki later worked for Outlook and Bystander Magazine. His first book, The Rise of The Russian Empire mad its first appearance in 1900. It was inspired by the Edward Gibbon’s The Decline and Fall of the Roman. He went on to write a political sketch, The Women who Never Should before writing The Westminster Alice and The Not So Stories. He was considered the Master of short stories and published his short stories in 1904. Saki later published a series of short stories between 1904 and 1911 including The Reginald in 1910 and Chronicles of Clovis of 1911. Before the World War I, he wrote some works which were regarded as top-notch works. He wrote works like What if Novel, and When William Came: A Story of London Under the Hohenzollerns.

There are some posthumous works to his name, and these these includeToys of Peace and The Square Egg and Other Sketches both in 1919 and 1924 respective. Originally, Saki wrote some of his works in Newspaper before he collects them in 8 volumes to be consumed by a wider audience. Some of them were not collated by him but were collated and published after his death under the two titles mentioned above. The work collated in 9 volumes is called The Works of Saki. His complete short stories were later published in 1930. Between 1950 and 2010, he has published a lot of works which include a play and a compilation of some uncollected stories. The works include The Miracle of Merchant, A Shot in the Dark and Improper Stories.

Saki’s plays and stories got adapted as TV series as well as plays. Lumber Room, Sredni Vashtar, and The Storyteller were all showcased in BBC TV production show. Apart from this, his work, The Improper Stories were produced in an eight-part series for Grenada Television in 1962. Many other people have adapted his works for series and theatrical work. The plays that are based on his work include Saki shorts, The Playboy of the Week-End World, Miracles at Short Notice and Wolves At the Window.

Saki and his three siblings stayed with their grandmother after their mother death. He was said to be a homosexual but was kept a secret because, at that time, it was a grievous offense. He was however killed during the World War I by a German sniper on the Western War Front. There is no grave for him, but his flat served as a historical marker and was in 2013 marked blue plague by the English Heritage. He was also shown respect on Pier and Face 8C, 9A and 16 A of the Thiepval Memorial.