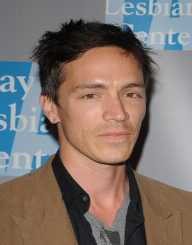 Brandon Charles Boyd was born on February 15, 1976. His place of birth was in Van Nuys in California, USA. He is the son of Priscilla Wiseman and her husband, Charles Boyd. Priscilla is also commonly referred to as "Dolly." Both his parents have much experience in the entertainment industry. He has a kid brother called Jason Boyd. Just like his brother, he is a lead singer of the Audiovent band. Berto Boyd is his cousin who is a Flamenco guitarist. He is also a composer. It is quite clear that music runs in the DNA of this Boyd’s family.

Brandon Boyd attended Calabasas High School. He graduated from there in 1994. He then joined Moorpark College. Two years later, he joined the rock band, Incubus.

Brandon Boyd has a successful music career along with the rock band Incubus. Their first songs were not quite famous, but gradually it came to be noticed. Among the first successful songs of Incubus were Morning View and Make Yourself. The band released A Crow Left of the Murder... in 2004 which was also received well. In the Grammy Awards of 2005, band Incubus was nominated for Best Hard Rock Performance. Subsequently, in 2006, it released another hit song Light Grenades. The band went to great heights of success with Monuments and Melodies. This was an album released in June 2009.

In July 2010, Brandon Boyd released his first solo album with the title The Wild Trapeze. An online video of the album titled "Runaway Train," premiered in June 2010. Later in October of the same year, "Last Night a Passenger" was released marking his second video on the album.

Brandon Boyd has not only tested success for his music career, but also in literature. He has authored three books with the first one in 2003. He began this career with White Fluffy Clouds which motivated him to venture into his second book. This was From the Murks of the Sultry Abyss which was published in 2007. In January 2013, his other book titled "So The Echo" was also published.

Brandon Boyd is a man of many tattoos. He has them tattooed in different parts of his body. He even has a tattoo of the names of his parents on his forearms among others.