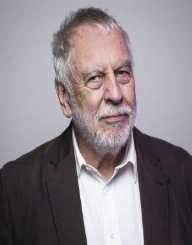 Nolan Bushnell was born on February 5, 1943, in Clearfield, Utah, USA.

As a teenager, Nolan Bushnell worked at an amusement park called Utah’s Lagoon. While most teenagers work at a place like this and gain nothing more than a paycheck for it, it was while working here that Nolan Bushnell noticed how much people loved games and the carnival atmosphere. Noticing this would go on to influence many of his business decisions later in life.

After he graduated from high school, he enrolled in the University of Utah in the College of Engineering. There, he studied electrical engineering. Nolan Bushnell also worked with researching future computer games while he was at the school. He graduated from college in 1968 with a bachelor’s degree.

After college, Nolan Bushnell teamed up with Ted Dabney. Together, the team opened their own business called Syzygy. To fund their business, the two took on odd jobs. In the early 1970’s, the company developed their first video game, Computer Space. Afterward, the two men worked on inventing their own video game system, but it did not work out.

In 1972, the company had to change its name, since Syzygy was already in use by an older company. The company’s name was then on known as Atari. In the mid-1970’s, Allan Alcorn was hired to make games, and Ted Dabney left the company. Soon after, the company released their most popular game yet, Pong. The game was extremely popular in the arcades, and so Nolan Bushnell and his employees modified it so it could be sold for home use. Oddly enough, the actual Atari game system was not invented until one year later, in 1976. The device was later sold to Warner Communication, which gave Bushnell the funding he needed to look into other ventures. However, he still worked with the Atari counsel, advancing it, as he working alongside Warner Communication.

After selling the Atari counsel, he bought the Pizza Time Theatre from Warner Communication. Nolan Bushnell later changed the name of the company to Chuck E. Cheese. He worked with this and Atari until 1978, when he left Atari because of creative differences with Warner Communication.

In 1981, Nolan Bushnell founded the group Catalyst Technologies. Allan Alcorn also worked with this group. This one group held many others inside of it. While owning several businesses, he also worked alongside other businesses. These many electronic-based businesses were going well, but he sold several of them to keep Chuck E. Cheese afloat, as it was not doing as well as he would have hoped. However, his efforts were for nothing, as the company declared bankruptcy in 1983. The company was later bought by ShowBiz Pizza. After this loss, he focused on his remaining electronic companies.

In the early 2000’s he worked with NeoEdge Networks, and in 2007, he became a chairperson for the company. In the same year, Nolan Bushnell also started to work with GAMEWAGER, another electronic company. The next year, he also became a board member for the AirPatrol Corporation. He also worked for Borta Inc and uWink.

In 2010, Nolan Bushnell returned to his first success and became a member of the board of directors for the Atari company.  In the same year, he founded BrainRush, another video game company that focused on educational games. He currently holds these posts, as well as working with Anti-Aging Games.

Some of the other groups that Nolan Bushnell has worked with during his career are listed below.

Nolan Bushnell has won several awards for his work with video games. Some of his awards are listed below.