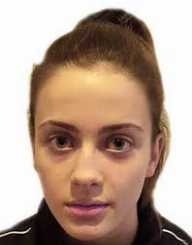 Emma Forrest was born on December 26th, 1976. A British-American novelist, journalist, and screenwriter born in London, England. She kicked off her journalism career only at the age of 15, penning about Madonna.

She demonstrated her brilliant writing skills earlier in her teens. Eventually, her efforts handed her a column, "Generation X." Forrest's column featured in top publications including Britain's, the Sunday Times. What followed were screenplays and novels and her best-selling memoir adapted into the film, Your Voice in My Head.

Emma Forrest was born on  December 26th, 1976 into a Jewish family. Her British father worked as a solicitor and her mother as a writer mainly for British Television. Forrest had a tough early age. Talking to an interviewer, she claimed she almost died as a result of birth complications.

Despite her success, Forrest faced personal and private struggles with over-eating, bulimia, and criticism for her tattoos.

Emma Forrest's journalism career expanded. Consequently, she held interviews and interacted with celebrities including Snoop Dog, Minnie Driver, and Brad Pitt. Her first novel, Namedropper came in 1998. Then followed Thin Skin (2002) and Cherries in the Snow (2005).

In 2011, Forrest did a memoir, Your Voice In My Head. The story saw her open up about her break-up with the boyfriend and the demise of her psychiatrist. She later turned a screenwriter and wrote, Becoming Music,  and Liars. Forrest would then be listed on the "Top Ten Screenwriters to Watch" by Daily Variety magazine.

Other screenplays by Forrest also include, How Could You Do This To Me and Know Your Rights.

Emma Forrest married Ben Mendelsohn in 2012. Ben, an Australian actor, featured in the movie, The Dark Knight Rises, The Place Beyond the Pines. The couple got married at Forrest's old writing hangout, Chateau Marmont, Los Angeles.

They only had one child and divorced in 2016. Forrest also had a borderline personality disorder as well as bipolar disorder.