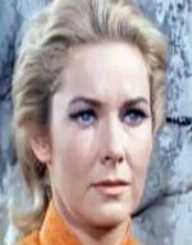 Actress Vera Miles was born Vera June Ralston in Boise, Oklahoma on the 23 August 1929 to Bernice Wyrick and Thomas Ralston. The family had four children and Miles was the youngest. She was raised in Pratt, Kansas.

At 17, Vera Miles participated in a beauty pageant and became Miss Kansas in 1948. She went on to represent Kanas in the Miss America contest and was placed third. Other beauty content titles she held were Miss Chamber of Commerce, Miss Wichita, Miss Texas Grapefruit and Miss New Maid Margarine.

In 1950, Vera Miles was awarded a star on the Hollywood Walk of Fame. And in 1963, won a Western Heritage Award for The Man Who Shot Liberty Valance