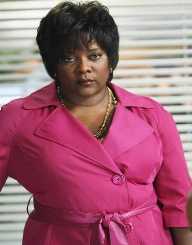 Loretta Devine was born on August 21st, in 1949. Her place of birth was in Houston Texas. She gained her fame for being an exceptional singer and an astonishing actress. Her career turning point came with her contribution to the Broadway musical Dreamgirls. Since then, she has been reckoned for her success in the film industry while featuring in both small and big screen projects. Some of the TV series projects that she has featured in include A Different World, State of Georgia, and the highly acclaimed Boston Public. Some of the films that she is famous for include Jumping the Broom, For Colored Girls, Crash and Preacher's Wife.

Loretta Devine was born on August 21st, 1949. While she was still young, she participated in church choirs which motivated her to venture into singing and acting as her early career path. Devine was the daughter of James Devine and Eunice O'Neal. Her father was a laborer whereas her mother was a beautician. With time, their father left them, and their mother had to raise their six siblings on her own.

While Loretta Devine was undertaking her high school education at George Washington Carver High School, she was a regular contributor of talent shows and other performances. After high school, she went on to pursue a degree course in speech and drama at the University of Houston. She graduated in 1971. She also joined Brandeis University for her masters and graduated in 1976.

Her first career stage where Loretta Devine excelled was at Broadway. Here, she made her first appearance in A Broadway Musical of 1978. Sadly, this was terminated after a single performance. A year later she featured in Comin’ Uptown. Her big break came in 1981 following her role in Dreamgirls. This story revolved around three young women who struggled to make their dreams come true in the world of music. Five years later, she landed on another Broadway show titled Big Deal.

After her stint at the Broadway Loretta Devine featured in some films while playing minor roles. Some of the first films that she featured in include Little Nikita – 1988 and Stanley & Iris- 1990. Things improved in 1995 following her lead role in the 1995 romance film Waiting to Exhale. In this movie, Devine was playing the role of Gloria Matthews. Other lead actors that she played alongside were the likes of Whitney Houston, Angela Bassett, and Gregory Hines. Through her role in the film, she landed herself her first NAACP Image Award. In 1996, she again starred with Gregory Hines and Whitney Houston in The Preacher's Wife. She also played alongside Denzel Washington in this movie. Other films that followed this were Down in the Delta-1998 and Funny Valentines-1999.

Devine was also active on TV with early shows such as A Different World, Roc, The PJs, Introducing Dorothy Dandridge and several others. Her career turning point on TV was in the 2000 drama series Boston Public. Here she played the lead role of Marla Hendricks in all four seasons of the TV series.

Loretta Devine wedded Lamar Tyler for several years since 1973, and their marriage came to an end in 2008. The pair had one son together. Devine later got married for the second time to Glenn Marshall.