“The poplar bears no fruit;
yet without seed it brings forth suckers,
for it is generated from its leaves.
Splendid are its branches and gloriously adorned
its lofty crown which reaches to the skies.”

Spiritual growth, fertile grounds for the start of new ventures, rebirth from a time of darkness, the marks of physical beauty, and the fires of sexual love and enjoyment of the same. 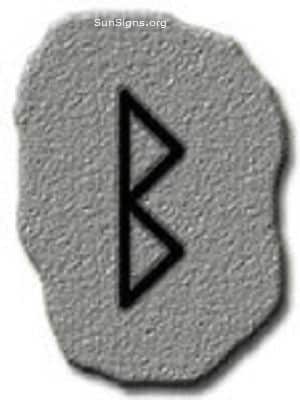 The Berkano Rune, rune of growth. Find it marked in the bark of the tree for which it’s named, the Birch. When the Berkanan Rune is present, all things are bound in grow.

The merchants pockets will fatten, the fields will provide crops to overflowing, filling barn and silo to overflowing. Those causes once thought lost will be found not be beyond redemption, but will merely bear fruit late.

If we are planting the seeds of a new beginning, know that they will take root and grow in strength and resilience.

The Berkano runestone tells us that we will be renewed, that we are living in a time of renewal and recovery.

It marks the fire of sexual pleasure, and taking joy in the act and the binding of the person with whom we share it. It speaks of the quickening of new enterprises, like the seed of a new life in the mother’s womb.


Berkano of the Elder Furhark, also marks the mind as being fertile, know that there are new beginnings in every aspect of our lives, spiritual as well. So this is a good time to open yourself to new spiritual experiences and knowledge. 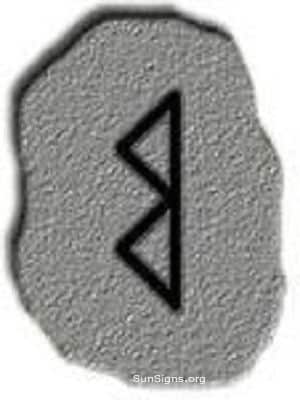 The Berkano Merkstave speaks of profits in the shadows, hidden from the eye of those who have rightly earned it. The rats are in the silo, stealing grains from the farmer who so dutifully put them in the ground and tended them until the harvest time was upon them.

The ground is sodden, the sickness is in it, and seeds planted therein will wither and die. If they be seeds of business, then that venture will crumble and fall and the money lost, if of relationships, it will be embittered and ill.

This is a time also marking a wandering in spiritual darkness, not a dark mark or evil tidings, but merely a lost wandering. It speaks to us of living in a spiritual cloud, and being barred from enlightenment and related thoughts.

Know that the Berkano Rune in Merkstave is a time of stagnation, spiritually, emotionally, and financially. It speaks of sorrow in those actions that would drive us forward, no new ventures should be tried at this time, for they are doomed to fail.