Each flower holds a beauty unique to itself. Similarly, flowers carry symbolic meanings exclusive to its type. But of all the flowers in the world, none carries an association quite as potent as the rose.

The rose creates a vibrant mental image that is practically universal and has lasted centuries. The elegant and vibrant appearance of a red rose evokes feelings of love and timelessness and has been appropriated by many cultures for that very purpose.


Take, for example, the Classical period. In both Greek and Roman lore, the rose was important to many goddesses. To Egyptian goddess Isis, the rose was a representation of reason and virtue. The rose was particularly important to Aphrodite, the goddess of love, to whom the rose is a reminder of her eternal love. Fittingly, images of Aphrodite commonly show her surrounded by beautiful rose blooms. 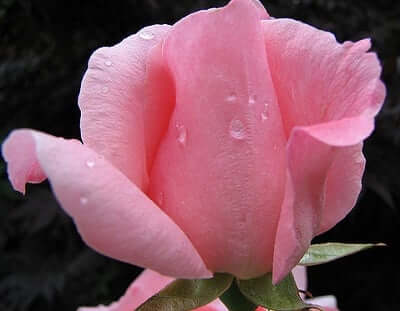 The idea of the rose being a symbol of love has persevered throughout time. Today, many countries – Spain, Italy, Greece, United States, and France, to name a few, use the rose for this very purpose, to serve as the image of romance. In American culture, a single rose is thought to represent the union of two hearts, and therefore, is considered the best flower to present to a romantic interest.


It’s not hard to imagine why early Greek and Roman cultures first associated the rose with concepts of beauty, love, and passion. These connections are easily based on the appearance of the flower’s bloom. Red reminds us of intense feeling such as anger, romance, and passion. All of which are common motifs in stories of romantic love. Like a passionate affair, the rose can die quickly or slowly wilt away.

If we take a step away from romance, we will find that the rose hold several other meanings. Notably, the rose has also served as a representation of balance. It is possible that this originates from the flower’s contradictory nature. While its bloom is delicate and graceful, it has a thorny protective stem. The rose has also been adopted as the symbol for socialism by countries such as Germany, the UK, France, and Spain, who used the flower as an emblem for their socialist and social democratic political groups that formed around that time of the Second World War.

What’s intriguing about the rose is how commonly it is used. Roses are presented for all occasions (Valentine’s Day, weddings, funerals, and political gatherings.) The rose symbol has become something much larger than just a flower. This could be a powerful message to meditate on. In what ways can you extend past your usual boundaries? How can you defy expectation and make yourself useful in new realms?

If you choose to meditate on a flower, you couldn’t do better than the rose. By mediating on the image of the rose, you might find yourself exploring new terrains. You might achieve a deeper sense of self and greater perspective on the world around you. The rose is simple, yet elegant; it’s protective, yet delicate. It is unique in its ability to exist in many spheres naturally, which teaches us how to be adaptable in unfamiliar settings. Additionally, it is evidence that the greatest beauty can be found in ordinary objects, and that commonplace things can become exceptional.

If the image of a rose presents itself to you, perhaps you have greater purpose to discover.