Birthday Number 13 – Born On The 13th Day Of The Month

Every number creates vibrations, which create specific patterns in life. How do you calculate your birth number? Your birthday number represents the date you were born. It is very closely connected to your life path number. Your birthday number tells you about your skills, talents, and personality. It can tell you some outcomes about the future. Birthday number 13 stands for leadership and creativity.

People who have double digits for their birthday number have the additional influence of their double number, which reveals their soul path. If you were born on a day with double digits then, you look at each number separately as well as their sum. Those born on the 13th would look at the numbers 1 and three as well as 4. Then you would also look at the number 13 for your soul power.

Birth number 13 would have some similar traits but not completely the same as those born on the 22nd. They both have four as their common single digit number, but they would look at different numbers to get there. They also both have different soul numbers. So, what is so special about the number 13?

Those with the birthday number 13 are organized, practical and down to earth. They are methodical, systematic and controlled. They do not give up easily and will not stop until they get what they want. 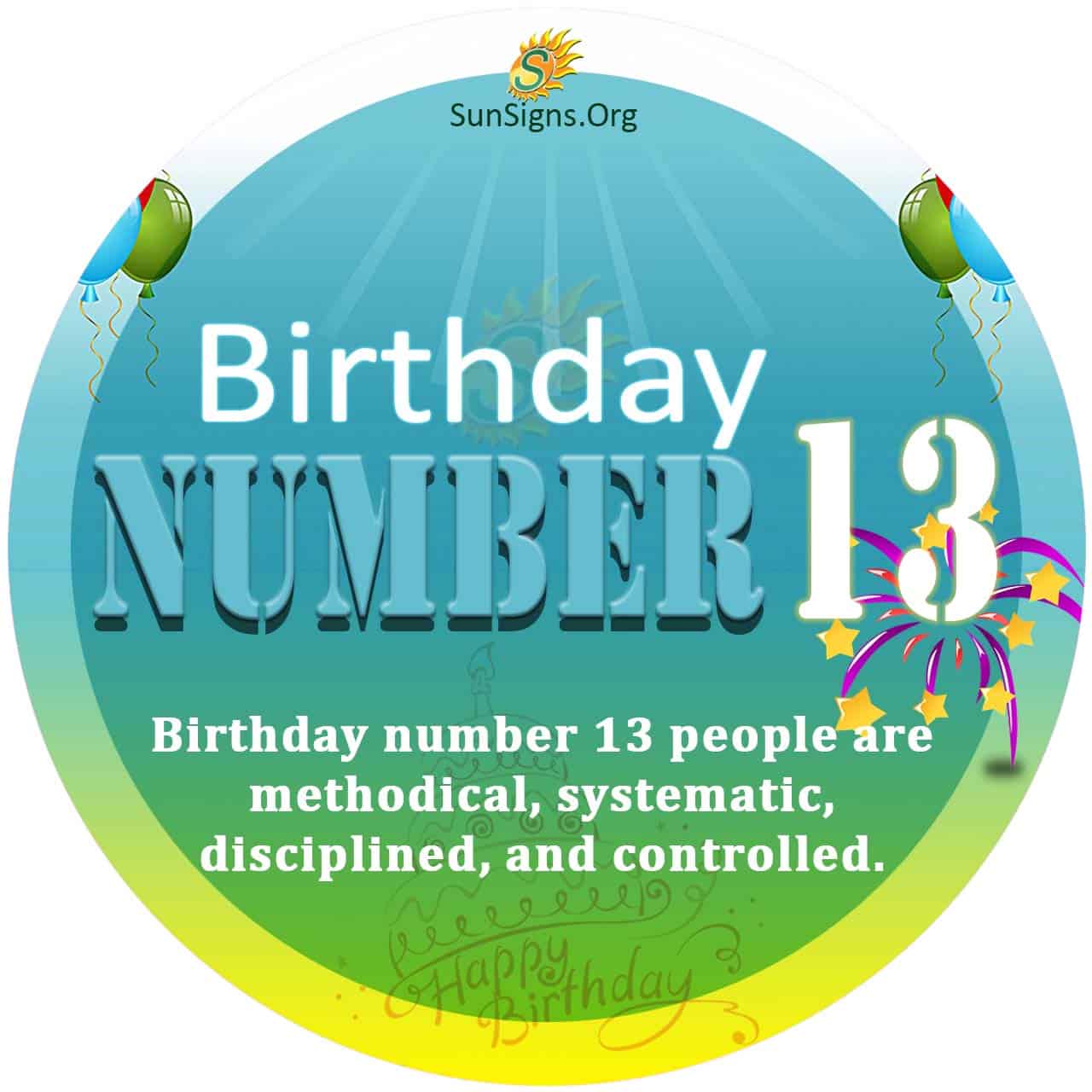 Born on the Thirteenth – Personality

Birth number 13 personality are very passionate and sometimes not able to control themselves. They can be overwhelmingly simple – just wanting to satisfy their base desires. They are not easy partners. Their spouse will have to understand this and be able to help them and deal with them. Birthday number 13 people are charming, talented and loyal. They usually love working with their hands.

Let’s find out the meaning of 13th birthday number. Thirteen is a powerful number. Don’t make them mad, as you will regret it. Some thirteen are geniuses. Most are honest and helpful to others. They would be great in careers of public service. Thirteen’s appeared very confident on the outside, but they are insecure and need a partner who supports them and is their cheerleader. Their partner also needs to be submissive because thirteen’s are natural leaders. Thirteen’s can be very complex, and they need a partner who is deep as well but can be what they need. They are very loyal though as are fours. For the four it is not easy to get attached to someone but once they do they are committed and faithful.

Birthday number 13 people can also be pessimistic and depressed. They need a partner who is confident, cheerful and optimistic about helping turn their attitude around. Thirteen’s can be a significant number and a good personality. They will better learn to control their natures as they mature; thus they will be happier as they age.

They want others around them, especially co-workers to be as responsible as they are. They have to be careful not to be too bossy or controlling. Birthday number 13 are hard-working and disciplined; not everyone has this same trait and ability. Fours can become workaholics or stuck in a rut. They love routines but can miss out on opportunities because they fear change so much.