What Makes The Sioux Tribe Unique?

The Sioux symbolism shows the dawn and the hope in life. So, you have to connect well with those things that will bring the right things into your future. Be hopeful that you have the right attitude to achieve anything that you want in life. Associating with the Sioux will be an important thing to keep in mind as it will be the genesis of the right influences in life.

It shows the right kind of affection that will impact development. So, the Sioux image of love emphasizes sticking to what will work best for you. Thus, you have to get ready and show love to everything that will be positive. The path you are following will be crucial when you each at the epic of your success stories. Keeping a constant move on the right side will give you the resource and confidence to check your success.

The Sioux shows unity and strength. So, with a high view of what can bring good fortunes in life, you have to be open to something that will assist you in making a prosperous future. Using your inner strength will assist you in overcoming anything that will not be relevant to your future. Concentrate on what will work on your goals and be happy that you have the correct symbol of love and disunity.

Like all other Native American tribes, the Sioux have and continue to base a large amount of their culture on spirituality and symbolism. The symbols identify the act as an integral part of their most usual and sacred ceremonies and rituals. It is important to note that the term Sioux actually refers to a group rather than a specific tribe.

The Sioux can be broken down into three separate entities: the Lakota, the Dakota, and the Nakota. Thus, symbolic interpretation may vary slightly depending on which group you are studying. However, there are definitely commonalities between the three, especially when comparing them to other groups of Native Americans. 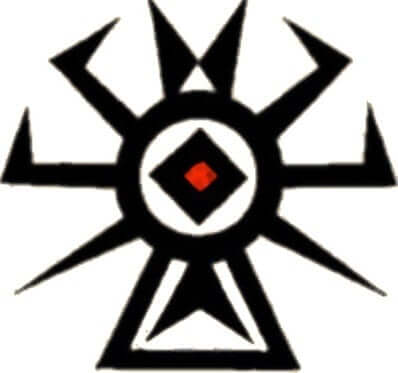 In particular, the Sioux seem to focus on both the circle and number four. Many cultures value the circle for its obvious ties with the concept of a cyclical journey from life to death, and the Sioux were no different. However, they went a step further and used the circle symbol to govern their behavior and way of life. For example, the Sioux chose to interact with one another circularly instead of allowing a select few to power-struggle. They also used the circle in their architectural style, using it as the foundation of their houses, commonly known as tipis.

The number four is also quite prevalent across Native American cultures. In Sioux tradition, this number was highly symbolic and thus was applied to many things. There are three areas of natural life: the Sioux paired with this distinctive number: the elements, the seasons, and the directions. Earth, fire, air, and water; the four seasons symbols – winter, spring, summer, and fall; North, South, East, and West: it seems perfectly logical, right?

The Sioux venerated it and considered it almost holy because of the number’s obvious connection with nature. To yield a bountiful harvest, spread fertility to the family, and ensure peace among the nations, the Sioux would incorporate this number into artistry and ceremony.

In addition to the circle and the number four, the Sioux groups also have other symbols commonly used in their culture and represented in their daily lives. One such symbol is the Uname, which appears as a square symbol with diagonal lines projecting outward from its corners. This holy symbol stands for the Earth and the four winds that blow across its surface. These winds controlled the unity, balance, freedom, and eternity in the world under the right conditions. As with most Native American groups, the Sioux personified the wind as a spirit, taking its perceived messages quite seriously.

Another common symbol used in Sioux cultures was the thunderbird, an image of a great bird with powerful, open wings. The Sioux lived across the present-day Dakotas and believed that the legendary Thunderbird made its nest at the granite summit of Harney Peak. This peak essentially gazed out at all of the Sioux lands, so believing that a massive bird was watching them caused the people both dread and comfort.

The Sioux considered this bird, Wakinyan, to be the guardian of truth, which prompted them to both honors and fear the creature. Their legends taught that the Thunderbird would kill liars with lightning bolts from its beak and eyes. To please the Wakinyan, Sioux people would present tobacco offerings and hope that it would prompt him to bring rain.

Most Native American tribes believed in the symbolic nature of the arrow. It was more than just a tool for battle, although that was certainly an important usage. The Sioux used a symbol that they called the “Four Medicine Arrows.” This arrow symbol portrays the ever-present circle with four arrows diving into quarters, tips meeting in the center. Each arrow possesses its own symbolic value.

The northern arrow represents wisdom, while the southern denotes inherent innocence. The eastern arrow signifies the ability to see far into the future. At the same time, the alternative western arrow reminds us of the importance of inner seeing through introspection.

The circle itself is also symbolic, housing all of the other important traits and lessons. So, you can learn more about yourself and your surroundings. So, When we achieve each of the attributes represented by the arrows. Additionally,  we can look to the center, where the tips congregate, to see that we have attained enlightenment.

The last of the most crucial Sioux symbols come in the form of yet another wheel. So, you should be noticing a pattern. The “Medicine Stone Wheel” is also a circle, but it does not house arrows. Rather, this wheel contains seven stones in the middle, which form a cross. These stone symbols coordinate with the types of human personalities that exist in the universe. The cross is then surrounded by larger stones, representing all of the things in nature with equal value. Also, such as animals, plants, and humans. These larger stones are accompanied by four cardinal points, as they are depicted on a compass. Furthermore, which represents the four paths mentioned above, each person is born to walk and wisdom.

The tribes making up the Sioux had smaller symbols that were used more plentifully and casually on everyday objects, including arrows, animals and their tracks, and symbolism of elements. However, the previously symbols are certainly thought-provoking and interesting to consider in our own journeys through life.

Sioux Symbolism focuses on unity and strength that can contribute towards achieving anything that you want in life. So, be sure where to invest your future and be firm on your choices. The future is promising, and you have to work hard to achieve them.