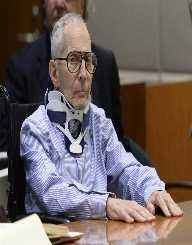 Robert Alan Durst was born on the 12 April 1943 in New York City to Seymour Durst and Bernice Herstein. He had three siblings: Wendy, Douglas, and Tommy. He was born into a wealthy family, the grandson of an improvised Hungarian Jew tailor, Joseph Durst, who immigrated to the United States in 1902.

His grandfather became a successful property developer and was the founder of the Durst Organization. When Joseph Durst died in 1974, his son, Seymour Durst became the head of the organisation. When he was seven years old, Rober Durst’s mother died in a fall at the family home. He had a fractured relationship with his brother Douglas which required psychiatric intervention when he was ten.

Robert Durst was a pupil at Scarsdale High School, and after graduating, he obtained a degree in Economics at Lehigh University (1965). He started studying for a Ph.D. at the University of California in Los Angeles but did not complete the course.

In 1971, Robert Durst met Kathie McCormack, a young dental hygienist who lived in one of the family’s buildings. They fell in love, and McCormack moved to Vermont with Durst, where he owned a health-food shop. Durst moved back to New York to work for the family business in 1973, McCormack accompanied him, and they got married. She was 19 at the time. By 1980, the marriage was in trouble with McCormack telling family and friends that Durst was controlling and abusive towards her.

In January 1982, McCormack was seen at a hospital where she was treated for bruising. Then on the 31 January 1982, after attending a party in Connecticut and receiving a phone call from an irate Durst, McCormack disappeared. In early February 1982, Robert Durst reported McCormack missing. McCormack’s friends went to the police with their suspicions and Durst claimed that he had spoken to his wife. Durst then appointed a friend, Susan Berman, a magazine writer and daughter of a Las Vagas gangster, to speak on his behalf.

Robert Durst returned to New York in 1983 and worked in the family business. In 1988, Durst started dating Deborah Lee Charatan, a real estate broker from New Tork and two years later, divorced McCormack, citing abandonment. In 1994, Durst’s father appointed his younger brother, Douglas, head of the company and this caused Durst to become estranged from his family. He quit working for the company and spent a number of years travelling around the country.

In August 2000, Susan Berman approached Robert Durst for a loan, and he sent her two cheques each for $25,000. At this stage, Berman was contacted by police concerning the old case over the disappearance of Kathie Durst and the reopening of the investigation. On the 19 December 2000, Durst married Charatan. Then on the 24 December 2000, Berman was shot execution-style in her LA home. Immediately Kathie Durst formed the belief that Berman was murdered by Durst to keep her from telling the police what she knew.

Berman’s friends do not accept this as they believe that as a daughter of a mobster, she would have informed. The police initially suspected Berman’s manager of killing her but did not rule out Durst. Robert Durst moved to Galveston, Texas in April 2001, where he impersonated a mute woman, Dorothy Ciner, a former classmate. He moved into a boarding house where his neighbour was a man named Morris Black.

In September 2001 a body was found on Galveston beach which led police to the boarding house where Durst lived. They discovered that the body found on the beach was Morris Black and that killer was Robert Durst. A warrant was issued for Durst, and he was arrested on the 9 October 2001. He posted $300,000 then disappeared. In November that year, Kathie Durst was declared legally dead.

Robert Durst was arrested and went on trial for the murder of Morris Black in September 2002. He was found not guilty in November. In 2004, he was found guilty of tampering with evidence and sentenced for five years in prison. He was paroled in December 2005 but broke his parole and was jailed the same month. In  2006, Durst was given $64 million in settlement from his family. In August 2013, Durst was arrested because he violated a restraining order that his brother Douglas had taken out against him, he was later acquited.

In 2014, the investigation into Susan Berman’s murder was reopened in California. Durst was the subject of a documentary The Jinx, and in March 2015, a warrant was issued for Robert Durst's arrest over the murder of Susan Berman. When he was out on bail, the FBI arrested Durst in New Orleans because they believed that he was attempting an escape to Cuba. He was found in possession of a gun, $4000 and a latex mask. On the 17 March 2015, Durst was charged with first-degree murder.

Around the same time, it was reported that Robert Durst had been linked to the disappearance of two young girls in 1997 in California. He was also suspected of being involved in the disappearance of a college student who went missing in Vermont in 1971. The New Tork Times reported in September 2017 that Durst’s Los Angeles trial for the murder of Susan Berman was a year away. Hearings with older witnesses in danger of dying before the trial took place in the Los Angeles Supreme Court.