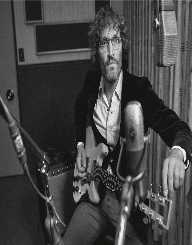 Vincent Gallo is an American actor, producer, musician, and painter. Although he has acted in some mainstream movies, he is best known for his independent work. The 55-year-old artist has appeared in 35 movies, and written/directed three feature films and 20 short films, released five albums and one single.

Vincent Vito Gallo, Jr. was born on April 11, 1961, in Buffalo, New York to Sicilian emigrants. His father was Vincenzo Vito Gallo, a hairdresser, and gambler. His mother was Janet Gallo, also a hairdresser. Vincent moved to New York City when he was 16 years old.

Vincent Gallo started his artistic career as a musician. He played in several bands as a teenager and young adult, as a bass player and vocalist. Later on, he began his incursion into a film. He appeared in several movies in the 1980s, including Downtown 81 (1981) and The Way It Is (1985). Gallo also had appearances in more mainstream films, like Goodfellas, and The House of the Spirits.

Vincent also became interested in directing and filmmaking. In 1996 he led his first movie, the drama Buffalo ‘66. For this film, which cost 1.5 million dollars, he wrote the script and directed it, composed the music and performed it, and played the lead role. It earned him an Independent Spirit Awards nomination. He didn’t win the award but made many fans.

Later on, Gallo wrote and produced, directed and starred in the movie The Brown Bunny (2003). Chloë Sevigny starred as the female lead. The movie is about the road trip of a motorcycle driver who looks back on his ex-lover. It aired at the 2003 Cannes Film Festival. The film was controversial because of a graphic sex scene featuring Gallo and Sevigny.

In 2010, Vincent Gallo won the Volpi Cup for Best Actor for his role in Essential Killing (2010). Interestingly, his character didn’t have a line in the entire movie. More recently, he appeared in the film La leggenda di Kaspar Hauser (2012), playing the two main characters. He also starred in 2013 Human Trust.

Although Vincent turned his attention to films, Gallo has continued making music. In his early musical career, shortly after moving to New York City, he was part of a band called Gray. Some of the recordings with this group appear in his movie Downtown 81. He then formed a band called Bohack, with which he recorded the album It Took Several Wives (1982).

Along with the soundtrack for the film Buffalo ‘66, he also wrote and performed the music for the movies The Agent (1990), and Promises Written in Water (2010). He also played in a rock band called Bunny, and wrote, performed, and produced his album, When (2011). In 2013, he was one of the featured artists in the 3rd Annual San Frandelic Summer Fest in San Francisco. He also has several music videos.

Gallo has also had some appearances in the fashion world. In 2009 he was a model for H&M, for the H&M Spring 2009 Collection. He even did a fashion campaign with G-Star RAW jeans in 2011.