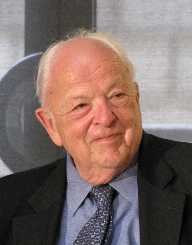 Burton Richter has received profound success in his life in regards to his educational pedigree. The Far Rockaway High School molded his early career. Afterward, the Massachusetts Institute of Technology led him to venture into the world of physics. Above anything else, Burton loved everything to do with how light and matter in physics interact. In short, he dealt with a study called quantum electrodynamics.

Before fame, Richter served as an assistant at High Energy Physics Laboratory. It was there that he teamed up with some of the notable scientists. In the process, he and Samuel Ting created an EBM-Electro-beam machine that was one of a kind.

On March 22nd, 1931 Burton Richter was first seen in the world in New York, Brooklyn. His father Albert Richter worked at a local textile company while his mother Fanny was an excellent homemaker. When it comes to his early education, Burton first joined Far Rockaway High School in NY. Afterward, he entered Mercersburg Academy in Pennsylvania.

It was after the completion of his high school studies that Burton joined the Massachusetts Institute of Technology. Here, Burton was quite stuck on what he wanted to major in or study. After some time he chose to study Physics and Chemistry simultaneously. In 1952 he graduated from the Institute where he later garnered his doctorate in 1956.

While still learning the ropes of research and inventiveness, Burton Richter wanted to uncover the QED field of theory. He wanted to be a guru when it comes to defining how matter and light interface. In that tone, he was appointed as a research coworker at Stanford University. It was there that he worked for High Energy Physics Laboratory. Availability of enough resources made Burton come up with authentic discoveries and theories.

In the mid of 1957, Burton partnered with notable scientists such as G.K. O’ Neill and Gittelman. As a pair, they invented the barrel-like beam machine that especially helped in the study of subatomic particles. Although it took over six years for the completion of their first project, it was a success.

Early in 1967, Burton Richter got a seat as a full-time professor at Stanford University. It was during his administration that the US Atomic Energy Commission completed the construction of a Collider in the Varsity. In 1973 he partnered with David Ritson where they created their SPEAR. It was the only Collider that they used to track down new particles that tend to occur within an atom. With his intelligence and credibility, he named them as psi. Samuel Ting then supported the discovery at the latter of his project.

Early in 1984, Burton landed another professional position as the acting director of Stanford Linear Accelerator Centre. He remained in the administration for over a decade. This is what paved the way for more discoveries and affluence. To date, Burton serves as a member of the board of directors of Scientists and Engineers for America.

Burton Richter's most notable works are his discovery of small subatomic particles that he called psi. It was also a significant discovery that earned him a Nobel Prize in Physics. In 1975 he received Ernest Orlando Lawrence Award followed by Enrico Fermi Award in 2010. In 1960 Burton Richter tied a nuptial knot with Laurose Becker. The couple was blessed with a daughter called Elizabeth and son named Matthew.