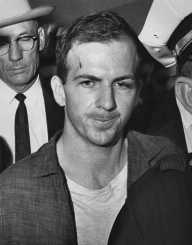 Lee Harvey Oswald was a US Marine and Marxist who fatally shot United States President John F. Kennedy. Born on October 18, 1939, he assassinated the Kennedy on November 22, 1963, from the six floors of the Texas School Book Depository, while the president was traveling through Dealey Plaza in Dallas, Texas. Oswald also killed a Dallas police officer J.DTippit on a local street, 45 minutes after killing the president. After his arrest in a movie theatre, he was charged for the murder of Kennedy, which he denied. On November 24, 1963, a local nightclub owner, Jack Ruby, shot and killed Oswald in the basement of Dallas Police Headquarters.

Lee Harvey Oswald was born on October 18, 1939, in New Orleans, Louisiana in the United States. He was born toMarguerite Frances Claverie and Robert Edward Lee Oswald, Sr. His father died of heart attack two months before his birth. His elder brother Robert Jr. also became a Marine. His half-brother from his mother side was Air Force veteran John Edward Pic. The family moved to New Orleans Dallas in 1944.

Oswald received education from different schools in Dallas and Fort Worth through six grade. According to people close to him, he was very temperamental and withdrawn while growing up. He continued his grade seven education in Bronx, New York, but exhibited the habit of truancy, which ended him at a juvenile reformatory to psychiatric assessment. He later continued his education after his mother relocated the family to Fort Worth, Texas. He enrolled at Arlington High School but again dropped out at the age of 17 without a high school diploma. He had by this attended 12 schools and lived in 22 locations. He considered himself a Marxist by age 15 and read a lot of socialist literature.

Dropping out of school, Oswald joined the United States Marine on October 24, 1956. He was posted to the Marine Corps Air Station El Toro after his training. He also trained in shooting and classified as a marksman. He was court-martialled three times, first for accidentally shooting himself in the elbow with an unauthorized gun and again for fighting with a sergeant. He left the Marine could on September 11, 1959.

Oswald traveled to the Soviet Union arriving in Moscow on October 16, 1959, on a one-week visa. He was refused a Soviet citizenship and was asked to leave after his visa expired on October 21. However, Oswald unwilling to leave cut his left wrist while in his hotel room bathtub. He was hospitalized in a Moscow hospital under psychiatric observation. He was later allowed to stay in Minsk under surveillance with the fear that he was a US spy. He married Marina Prusakova in April 1961. On February 15, 1962, they had their first daughter June. Disaffected with the standard of living in the Soviet Union, applied to the US Embassy in Moscow to return to the United States with his family, and was granted a repatriation loan of $435.71.

Return To The US

Back to the US, Oswald settled in Dallas with his family. He took the alias “A. Hidell” which he used in making a mail order for a second hand 6.5 mm calibre Carcano rifle. He also acquired a .38 Smith & Wesson Model 10 revolver. Oswald made a failed assassination attempt on a retired US Major General Edwin Walker on April 10, 1963. He later left for New Orleans to set up a branch of the Fair Play for Cuba Committee. Heavily shifted to pro-communism, Oswald distributed pro-Castro leaflets. He later unsuccessfully tried to return to the Soviet Union through Mexico City. After returning to Dallas, he was employed at the Texas School Book Depository.

On November 22, 1963, at 12:30 PM, Oswald allegedly fired three shots at President J. F Kennedy from a window on the sixth floor of the depository building, using a rifle. It also wounded Texas governor John B. Connally. They were in an open motorcade passing through Dealey Plaza. At 1:15 p.m., he also shot Patrolman J.D. Tippit who tried to interrogate him as he looked like the president’s killer per the description given by police broadcast. He was arrested in the Texas Theatre and was charged with the murder of the president. He denied claims that he killed the president.

Two days after his arrest, November 24, a Dallas nightclub owner, Jack Ruby, shot and killed Oswald saying he was distraught by the death of President Kennedy. He was at the time being transported to the county jail after interrogation. Ruby was given a death sentence his trial on March 14, 1964. The conviction was reversed by a Texas Appeal court in October 1966.

However, Ruby died on January 3, 1967, before a new trial could start. Oswald was buried in Shannon Rose Hill Memorial Park in Fort Worth on November 25, 1963. The Warren Commission headed by Chief Justice Earl Warren concluded on September 24, 1964, that Oswald acted solely and there was no conspiracy behind the killing. However, the US House of Representatives Assassination Committee in their report in January 1979 stated there might be a second assassin who also fired a shot adding there may have been a conspiracy.