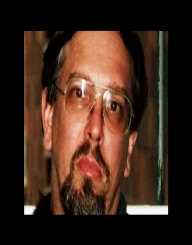 American serial killer Joel David Rifkin was born on the 20 January 1959. His biological parents were college students and remained unknown to him. He was adopted by Jeanne and Bernard Rifkin when he was three weeks old. The couple also adopted another child, a girl they named Jan. When Rifkin was six years old, the family relocated to East Meadow, and he lived in the area until his arrest.

Joel Rifkin drifted in his working life and also had one short relationship. He was living in East Meadow, Long Island, New York with his family when his father committed suicide in early 1987. Rifkin Snr. had been suffering from prostate cancer at the time of his suicide.

His first encounter with the police was when Rifkin was arrested in August 1987. He solicited a prostitute in Hempstead who turned out to be an undercover cop. Rifkin paid a fine and hid the offense from his family. The consequence of his arrest was that afterward he went to Manhattan in search of prostitutes, away from his local area. Around the same time, Rifkin started building a library of press cuttings and books relating to the killing of prostitutes.

On the 26 June, 1993 police officers Sean Ruane and Deborah Spaargaren noticed that Rifkin’s truck had no license plates. When they indicated that he pull the truck over, he panicked and drove off, then crashed into a tree. The officers in pursuit noticed a body in the back under a tarp in the back of his truck.

Once under arrest, Rifkin quickly confessed to all seventeen murders.

His trial commenced on the 11 August 1993; the judge was Ira Wexner. On the 5 September 1994 Rifkin was found guilty and sentenced to 203 years in prison.

Joel Rifkin was involved in an incident with mass murder Colin Ferguson in 1994. After his presence within the prison caused the prison population to react, Rifkin was confined to a cell at the Attica Correctional Facility.

After four years, he was sent to the Clinton Correctional Facility in Clinton County. Rifkin’s lawyers sought damages of $50,000 for each of his days in solitary confinement which amounted to $77 million. In 2000 a court determined that prison officials had not breached Rifkin's constitutional rights.

Joel Rifkin appeared on ABC’s Secrets of Your Mind mini-series in 2010. Martin Bashir interviewed him.