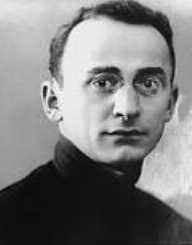 Lavrentiy Beria was one of the leaders of the Council of Ministers in the Soviet Union. His powerful method of leadership enabled him to rise through the Soviet Union's ranks.

Lavrentiy Pavlovich Beria was born on 29th March 1899 in Kutaisi Governorate, now known as the Republic of Georgia. Beria’s father did farming. His mother was a religious lady who spent most of her time in church. She had previously married before meeting Beria’s father.

Throughout his childhood, Beria was close to his father. He studied on a school near the Black Sea before joining Baku Polytechnical School to pursue Mechanical Construction. During his time in the college, he joined the Communist Party where he became active in party affairs. He later graduated from the college in 1919.

Apart from conducting several political activities, Lavrentiy Beria also worked for the Mussavatists, Baku. He once escaped death by a whisker after the Red Army attacked Baku. Beria escaped an execution since there was no time to arrange his shooting. Sergei Kirov's intervention also saved his life.

During his time in prison, he met Nina Gegechkori, his niece who they later escaped together. Beria was 19 at that time.

He later started a career as a cop in Azerbaijan Democratic Republic. Beria later earned a place in Cheka, a secret police unit.

Due to his ruthlessness during the secret political invasion, Lavrentiy Beria won the Order of the Red Banner. He shut down the intelligence of Turkey and Iran in the Soviet Caucasus.

In 1931, he took over as the national secretary of the communist party in 1931. He began eliminating members of the Communist Party who disagreed with is ideologies.

By 1935, Beria had become Stalin's most trusted generals. His party later took over the government after the assassination of Sergei Kirov.

Stalin later brought Baria to Moscow after noticing his leadership skills. During the World War ii, he assisted his boss in carrying out purges. He quickly became Stalin’s favorite leading to his appointment as deputy prime minister.

During his term as NKVD chief, he committed multiple rapes. Lavrentiy Beria used his influence and power to whore women into his arms.

In some of his body guard’s testimonies, Beria often raped women in his office. Any woman who would reject his sexual advances faced a possible arrest or an execution. At one point during the war, his sexual appetite infected him with syphilis. Further evidence showed that Beria would not only rape his victims but kill some of them.

After the death of Stalin, Lavrentiy Beria overestimated his power, and he started implementing the anti-Stalinist policies. His association with the West did not go well with some of his political friends.

He was arrested and held in secret on 26th June 1953. Some of his accusations were an association with the West, an act that was considered treasonous.

After his trial, Beria was found guilty of treason, terrorism and counter-revolutionary activity in the Russian Civil War.

His action led to the sentence before being executed for treason charges. His effort to plead for his life fell into the deaf ears of his executors. On 23rd December 1953, he was shot dead.