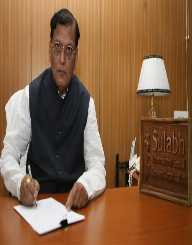 Bindeshwar Pathak was born on April 2nd, 1943. He is famous for being an Indian Sociologist. He earned high acclaim after founding the Sulabh International. This is a non-profit organization that functions to promote human rights, energy conservation, waste management and environmental sanitation by educating people. Due to his diligent services, while working with his organization, Pathak has been offered several awards all over.

Bindeshwar Pathak was born on April 2nd, in 1943. He was the son of Rama Kant Pathak and his loving wife. He was born in a small village called Rampur Baghel situated in Bihar, India. For his higher education studies, Pathak studied sociology after which he successfully graduated in 1964. After that, he went for his master’s degree completing in 1980. This was followed by his Ph.D. five years later. He obtained his Ph.D. at the University of Patna.

Apart from working with his non-profit organization, Bindeshwar Pathak is a talented author. Among the many books he has written, The Road to Freedom stands as one of his best work.

In 1970, he founded the Sulabh International Social Service Organization. This is an organization that was meant to educate people on areas such as energy conservation, waste management, promoting of human rights, social reforms, and several others. With the good work that the organization does, it boasts of over 50, 000 volunteers.

Bindeshwar Pathak has been bestowed with several awards including the Padma Bhushan that he was offered in 1991 by the Indian government. Other major awards that he has been crowned with are the Energy Globe Award, Stockholm Water Prize and the Indira Gandhi Priyadarshini Award for Environment. Recently, in 2016, the New York City mayor affirmed that April 14th, 2016 would be termed as the “Dr. Bindeshwar Pathak Day.”

Bindeshwar Pathak is happily married to Amla. The two tied the knot back in 1965. They are blessed with three children in their relationship.