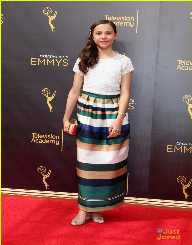 Breanna Nicole Yde was born on June 11, 2003, in Sydney, New South Wales, Australia. In 2008, she and her family moved to Rancho Santa Fe in California. Her father Bill Yde is an entrepreneur from Australia, co-founder of the media company Global Traffic Network. Breanna is the youngest of six children in the family.

After moving from Australia to the United States at the age of five, Breanna began watching Nickelodeon and decided that she wants to be on TV. Breanna’s parents were supportive of her decision to pursue a career in show-business and arranged acting and singing lessons at the John Robert Powers school in San Diego.

In 2009, just months after beginning her schooling, Breanna Yde was noticed by the Coast to Coast Talent Group. She was performing at the International Presentation of Performers in Las Vegas. She got her first acting assignment when she was six years old. Yde began appearing in commercials until she scored several roles with the San Diego State University.

The following year, Yde began training with Young Actors Space and got a supporting role in the low budget film Level 26: Dark Prophecy. The same year she got her first big break by appearing in the popular TV series How I Met Your Mother in a supporting role.

In 2012, Yde’s family decided to relocate to Los Angeles to reduce the stress put on her while commuting to Hollywood. Upon her arrival, Yde was invited to star in Nickelodeon’s series Haunted Hathaway. Yde began starring as Frankie Hathaway. Since then, she has scored several roles, including the School of Rock. She also starred in the TV film Mr. Lemoncello’s Library, currently in post-production.

The young actress works hard to gain her goals. Breanna is passionate about her work and is always excited about a new day of filming. Her interest in acting began at a very early age when she first began to pretend she was Tom Cruise and reenact his stunt scenes.

Besides her acting work, Yde is also passionate about music. She plays five instruments- ukulele, guitar, bass guitar, piano, and drums. She also sings and writes her songs. Yde has also been known for her covers of famous songs. Her hobbies include football, golf, tennis, and basketball. She is also an avid surfer, skier, and juggler. Although still young, Yde has also began to work for charitable causes, mainly working with autistic children.