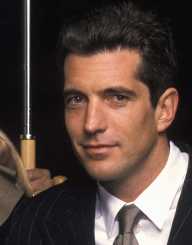 Oscar Isaac was born on March 9th, in 1979. He is famous for being a Guatemalan- American actor as well as a talented musician. Isaac garnered tremendous fame after featuring in Inside Llewyn Davis in 2013. As a result of his remarkable performance, Isaac was bestowed with a Golden Globe award nomination.

Other films that earned him fame include Robin Hood (2010), Drive (2011), and Show Me a Hero (2015). He bagged home a Golden Globe award for his role in the HBO miniseries dubbed Show Me a Hero.

When Isaac was only five months old, they migrated to the United States and settled in Miami, Florida.

Oscar Isaac ventured into acting in 1998. During this time, he played the role of Pool Boy in Illtown –(1998). This was followed by his role as Francesco in the 2002 film called All About the Benjamins.

Two years down the line, he featured in Lenny the Wonder Dog. This was followed by two film roles in 2006 The Nativity Story and Pu-239. In 2007, he was part of the cast in The Life Before Her Eyes.

Later, in 2009, Isaac starred alongside Rachel Weisz in the film called Agora. Also, he featured in Balido during the same year.

The following year, Oscar Isaac played the role of the evil king named John, King of England in the film Robin Hood. In 2011, he played the role of Blue Jones in Sucker Punch. This film gave Isaac the opportunity of portraying his singing abilities.

Oscar Isaac’s big break in the film industry did not come until 2013. During this year, he starred in the American comedy called Inside Llewyn Davis. He was playing the lead role of Llewyn Davis.

In 2018, he featured in two TV shows namely Star Wars Rebels and Star Wars Resistance. In both shows, he lent out his voice.

In 2017, Oscar Isaac wedded Elvira Lind, a Danish film director. Together, the two have one son called Eugene.