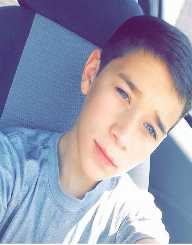 His YouTube channel called Dom Tracy was created in January 2015 and currently has 1.6 million subscribers with more than 164 million views. Dominic Tracy uses the channel to post his daily routines and his obsession with sneakers, which gained him the nickname, Sneaker Kid. He also posts hilarious pranks played on his friends and neighbours. Dominic is also visible on Instagram with 201,000 followers and Twitter with more than 8500 followers.

Dominic Tracy was born on November 22, 2003, in Monroe in the United States of America. Dominic Tracy has a sister called Bella, who he plays most of his pranks with. He has received his grade education at Williamstown Middle School. Dominic Tracy loves literature, arts and science subjects.

Dominic Tracy started his social media career in early 2015, and that was when he opened his YouTube account and channel Sneaker Kid, which later became Dominic Tracy. Nonetheless, the number of subscribers he has on that platform seems he has been on for very long. Dominic Tracy started the channel flaunting his collection of sneakers, hence the name Sneaker Kid. He later started uploading general videos and therefore renamed the channel, Don Tracy. Dominic Tracy does prank videos and other hilarious stuff, and this became the basis for the surge in some followers. Some of his famous videos include PRANKING MY EX GIRLFRIEND With Gnash “I Hate You, I Love You” Lyrics, and the Killer Crown video series. The excitement, which came with his current postings gained him followers and currently has over 1.6 million subscribers with over 164 million video views.

Dominic Tracy is also going his presence on Instagram and Twitter steadily. Just the other social media stars, the teenager has also had his own good, bad and ugly experiences on social media. Just as some fan praise him for his videos, others chastise him on the same basis. Some of his so-called hatters term him as being rude to his followers calling him a spoilt guy who spends a lot on sneakers. His Killer Crown series also came under scrutiny by some of his fans described it as manipulative and influences kids negatively. Nonetheless, Dominic Tracy has taken all these criticisms with a pinch of salt and keeps on with what he knows to do best. Dominic Tracy like him or hate him, now exerts some influence on the young chaps who follow his channel.