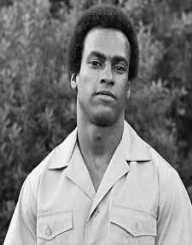 Huey Percy Newton was an African-American revolutionary and a political activist. Newton and Bobby Seale established the Black Panther Party.

Huey Percy Newton was born on February 17, 1942, to the couple Armelia (Johnson) and Walter Newton in Monroe, Louisiana during WWII. He had six siblings. Walter Newton was a tenant in farmland and a preacher.

The Newton family shifted to Oakland, California during Great Migration in search of occupation in defense manufacturing units. They were very poor but did not starve.

Huey P. Newton was detained many times for possessing a gun and destruction at the age of 14.

Huey P. Newton studied at Oakland Technical High School and graduated in 1959. He could not read even after graduation from High School. Later in life, he was self-taught by reading books from Plato.

He obtained his Associate Arts degree from Merritt College in 1966. He became interested in everything after self-study. Notably, he questioned about the happenings in his family circle. This was the beginning of his civil rights movement.

Newton studied at San Francisco Law School and University of California at Santa Cruz. He obtained his bachelor’s degree. He was associated with Phi Beta Sigma association. He achieved his Ph.D. in social philosophy in 1980.

Huey P. Newton joined the Afro-American Association (AAA) and became a member of Phi Beta Sigma association. He played a significant role in getting the African-American history curriculum introduced in the college syllabus. He had a great interest in reading the writings of Karl Marx, Vladimir Lenis, and other revolutionaries.

Newton and his friend Bobby Scale established the Black Panther Party (BPP) for Self Defense in October 1966. Scale became Chairman and Newton became Minister of Defense. The main principles of BPP were the right of self-defense for African Americans. The party became known at national and international level by its Black Power crusade and involvement in politics in 1960-1970.

The BPP issued a manifesto of aims and goals for housing, jobs, and education for African Americans under the Ten-Point Program. The party even advocated a little violence to achieve its goals. They also demonstrated before the California Legislature and protested against gun bill.

Huey P. Newton and Panthers conducted many social reforms in Oakland. They conducted community schools at a higher level of learning, free breakfast under Children Program, dance for teenagers and training in military skills.

In 1982, there were allegations about Huey P. Newton misappropriating $600,000, but the charges were dropped in 1989 except for one. He was awarded six months jail term and 18 months’ probation. Newton terminated the Black Panther Party.

He supported freedom for Palestine.

Newton was again convicted for stabbing another person in 1964 and released in 1967. He had a tiff with Oakland Police Officer, John Frey and three officers were wounded. Frey died during the fire exchange. Newton was convicted in 1968 for killing Frey and jailed for 15 years. In an appeal at the higher court, the charges against Newton were dropped.

In 1970, the People’s Republic of China invited Huey P. Newton. He had a warm welcome by thousands of people exhibiting prints of “Little Red Book” by Mao. They even denounced America for its expansionism. China arranged meetings with embassy staff from North Korea, Tanzania, North Vietnam, South Vietnam. He had discussions with Zhou Enlai, Prime Minister of China and wife of Mao, Jiang Qing.

Newton was again involved on criminal charges in 1974. Newton and his girlfriend migrated to Havana, Cuba to live there till 1977. He returned to the US in 1977 to face the trial of murder. Newton was cleared of murder charges but convicted for keeping firearm without permission in 1978.

In 1978, Newton, while in jail, came in contact with Robert Trivers and did a course in History of Consciousness as part of the degree of the University of California. Newton and Trivers analyzed the crash of Air Florida Flight 90 and published their analysis – flight crew self-deception.

Huey P. Newton married Gwen Fontaine in 1974, and they lived together till 1983. He married Fredrika Newton in 1984. He was an addict to narcotic drugs.

Huey P. Newton was murdered on August 22, 1989, in the neighborhood of Lower Bottoms in West Oakland, California. Newton’s ashes buried in Evergreen Cemetery in Oakland.

Many articles have been published about the revolutionary Newton. Newton has written his autobiography: Revolutionary Suicide.