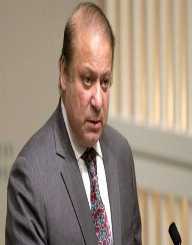 Muhammad Nawaz Sharif has been in office ever since 2013 as the Prime Minister of Pakistan. He is a veteran politician as well as someone who served as the prime minister between 1990 and 1993; and 1997 to 1999. He was known to have been born in a well-to-do family and was a son to Ittefaq Group of the industry. The company is one of the largest conglomerates of companies in the field of sugar, paper, and textile. At the time he entered into the politics, he had gained a lot of administrative skills from his industrial administration.

Nawaz Sharif was born in Lahore, Pakistan to an industrialist and businessman, Muhamed Sharif on 25 December 1949. His parents were immigrants from Amritsar following the partition in of India in 1947. He received his education from Saint Anthony High School and Government College University. He had a degree in Art and Business from the latter school before he enrolled at the Law College of Punjab University. He is a holder of a law degree as well as a degree in art and business.

Upon the completion of his education, he drifted into his family business where he performed exceedingly well. It was around 1972 that the then prime minister, Zulfikar implemented a nationalization policy. This however affected his family’s business and made the business go into the hand of the government. Nawaz Sharif and his family were devastated by the loss of their developing and thriving business. It was this that angered the young Nawas into politics with the aim of reclaiming his lost business. With time, he got and re-established his business which became more successful. In 1976, he joined the Pakistan Muslim League before later joining the Punjab Advisory Board in 1981.

Nawaz Sharif did so much well to contribute to the growth of his region. Later on, he got nominated to serve as the Chief Minister of Punjab in 1985. He won the election and served for consecutive terms as the Chief Minister. During this time, he got popular among the masses. He did many things to ensure the welfare of the people and development of the society. In October 1990, he won the election as Pakistan’s Prime Minister. As the prime minister, he ensures he focused on the country’s infrastructure and the reduction of corruption. He privatized the government banks, as well as theindustryto, provide for industrialization.

Nawaz Sharif is popularly known to have supported capitalism and liberalization. To him, industrialization was the solution to unemployment in the society. Thus, he ensures increase in private savings and industrialization. He, however, went downhill regarding popularity when a scandal was exposed in which many poor Pakistanis lost their money for. IN 1993, he resigned and contested again in 1997 and won. However, this period was hard for him as he had to battle economic depression and widespread corruption.

He got overthrown in 1999 in a military coup. He was then tried for hijacking and terrorism. He was convicted quickly and was given a life sentence before he was sent to ten year exile to Saudi Arabia.  However, he returned to his homeland in 2007 when the Supreme Court ruled in his favor. He later became the Prime Minister for the third time and sworn in on 7, June 2013.

In May 1998, Nawaz Sharif carried out nuclear tests in response to the Indian nuclear tests. However, this is after there has been an immense global pressure against it.

Nawaz Sharif married the daughter of one of the foremost and famous physicians, Kulsoom Butt. His wife was a very educated woman who is always ready to support her husband. It was not reported if he had any extramarital affairs, but he has only one wife. He has three children – two sons and a daughter from the marriage.