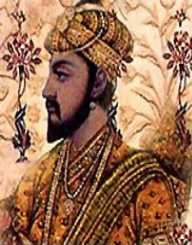 Shah Jahan was the 5th emperor of Mughal born on January, 5th, 1592. He ascended into the throne in 1628 after his father’s death in 1627. He remained in power till 1658.  He is best remembered for architectural structures that he established during his time in power. Taj Mahal particularly stood out among other structures.

He constructed it as a remembrance of his late beloved wife, Mumtaz Mahal. He loved her with all his heart, and she also adored him back.  It took him 20 years from 1632 to complete it. Currently, Taj Mahal is among the most visited tourist site in India. He also had many other wives and more than 14 children.

Shah Jahan was born on January, 5th, 1592 as Shah ab-ud-din Muhammad Khurram.  His place of birth was in Lahore, Punjab (currently Pakistan). He was a 3rd born son to Princess Jagat Gosaini and Emperor Jahangir. Jahan was quite close with his grandfather who gave him the name "Khurram." He was raised by Empress Begum who had no children of her own till he turned 13. Begum was the second wife of Akbar.

Being a Mughal prince, Shah Jahan received a wide knowledge in various fields. He learned cultural arts like music and poems. He also had training in martial arts. In the later days of his grandfather Akbar, Jahan never left his bedside. He later passed on in 1605, and Jahan’s father took over the throne.

In 1607, Shah Jahan was appointed as the jagir of Hissar-Feroza by his father. This was a position given only to the future heir of the throne. In 1614, there was an attack between Mughal and Rajput state of Mewar. Shah Jahan led 200,000 troops from Mughal and emerged triumphant in the attack. King Maharana II then surrendered.

Shah Jahan progressed with his triumphs in many duties delegated to him by Jahangir. This pleased his father so much. He, therefore, rewarded Jahan’s efforts by giving him the Shah Jahan title. In 1622, Jahan’s desire for power led him to a failed rebellion against his father. He was too eager to get the thrown and didn’t realize the power his father’s forces had against him.

Jahangir later died in 1627, and Shah Jahan succeeded him from 1628. He was a brutal ruler in his early years in power. He had his former rivals executed and imprisoned others. Nur Jahan his stepmother was among those who were imprisoned. He even worsened the situation by eliminating his nephew and brothers. He did not want any of them contesting for his seat.

Despite his initial drastic actions, Shah Jahan also brought great developments during his time in power. His armies won in many battles, and he greatly expanded his empire. The empire came to be known for the great architecture that it possessed under Jahan’s rule. In 1632, he began the construction of the current greatest tourist attraction site Taj Mahal.

Shah Jahan married many times in his life. However, he adored his second wife more. She was Arjumand Begum alias Mumtaz Mahal. The couple tied the knot in 1612 and lived happily after that. They were blessed with 14 children. Apart from his children with Mumtaz, Jahan also had children with his other wives. His daughter Jahanara Begum later took care of him in his later years of old age.

Shah Jahan took his last breath on  22 January 1666. He was 74 years old at the time of his death. His body was laid to rest next to that of his late wife, Mumtaz Mahal. She was his favorite wife among his other wives.