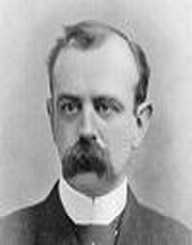 Andrew Bonar Law was born on September 16, 1858.  He was a British Conservative Party Statesman. He was also a British Prime Minister also referred to as the Unknown Prime Minister. Before he ventured into politics, he was a businessman.

Andrew Bonar Law was born on September 16, 1858, in Kingston which was the colony of New Brunswick. He was born to Reverend James Law who a minister of the Free Church of Scotland and Eliza Kidston Law. He was brought up alongside four siblings, Mary, William, John, and Robert. In 1861, his mother passed away, and he and his siblings were taken care of by their maternal aunt. In 1870, his father remarried, and so the new wife took the responsibility of taking care of them. He left with his aunt to Scotland. He attended Gilbertfield School in Glasgow, Scotland.

In 1873, Andrew Bonar Law was transferred to the High School of Glasgow. He was a good student, and he excelled in French, German and Greek. At the age of sixteen, he dropped out of school. He later became a clerk at Kidston and Sons which was a family merchant bank.

Andrew Bonar Law flourished in business and 1885 when the Kidston brothers retired and merged their bank with the Clydesdale Bank; he was lent money to form a partnership in a Glasgow firm of iron merchants. He did that, and the business became a success. In 1897, he became a candidate for the Conservative Party for the seat of Glasgow Bridgeton. He later accepted the Glasgow Blackfriars and Hutchesontown seat. In 1900, he was elected into parliament after he emerged victorious in the general elections.

Two years later Andrew Bonar Law became the Parliamentary Secretary of the Board of Trade after Prime Minister Arthur Balfour formed his government. In 1905, Arthur resigned from his post as Prime Minister. In 1915, he was appointed the Secretary of State for the Colonies after Herbert Asquith formed a coalition government. He was also a member of the War Committee. In 1916, David Lloyd George replaced Asquith and appointed Andrew as the Chancellor of the Exchequer in his government. He became Lloyd’s second in command.

In 1921, Andrew Bonar Law decided to retire as a leader of the Conservative Party due to ill health. The following year he became the Prime Minister after Lloyd was removed from office. In 1923, he resigned as Prime Minister due to his severe and deteriorating health. He was diagnosed with throat cancer when he became Prime Minister.

In 1891, Andrew Bonar Law married Annie Pitcairn Robley with whom he had five sons and two daughters. In 1909, Annie died, and her death devastated him. He never remarried until his death. In 1917, two of his sons died, and their deaths left him shattered. He died on October 30, 1923, of throat cancer in London. His funeral service was held at Westminster Abbey. His ashes were interred at the same place. He died at the age of sixty five.