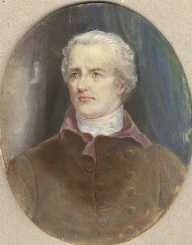 William Pitt the Younger was born on the 28 May 1759, Hayes Place, near Hayes, Bromley, England. He was the son of William Pitt, Earl of Chatham, a former M.P. for Sarum.

Initially tutored a home, at fourteen years of age William Pitt was sent to Pembroke Hall, Cambridge where he studied under Rev George Pretyman . Subjects included the classics and mathematics. His father had political ambitions for his son and Pitt was groomed for political life by being tutored in elocution and oratory. He trained as a lawyer at Lincoln’s Inn and was called to the bar in 1780.

In April 1778, while giving a speech, Pitt Snr. Collapsed in the House of Lords. Pitt assisted his dying father from the chamber.

Sir James Lowther helped Pitt become a member of parliament for Appleby and on the 26 February 1781 he made his maiden speech in the House of Commons.

William Pitt was an ally of the Whig politician Charles Fox and supported his campaign against the war in the American colonies. A proponent of parliamentary reform, Pitt was against the power of the monarchy in assisting in the election of MPs. He also supported a June 1782 motion proposing shortening the length of parliament and for curbing the bribing of government ministers.

In March 1782 the government of Lord Frederick North fell. Charles Fox was subsequently appointed Foreign Secretary in the Whig government. Fox resigned in July the same year as he disapproved of the new prime minister, Lord Shelburne. William Pitt was then appointed Shelburne’s Chancellor the Exchequer. William Pitt and Fox became estranged and from that time onwards were political enemies. On the 27 May 1798, Pitt fought a duel with George Tierney, MP and a Fox supporter, but neither man was injured.

William Pitt resigned as Chancellor of the Exchequer on the 31 March 1783 and declared that he was independent of any party. He focused once again on parliamentary reform. 293 votes defeated his reforms to 149. He tried to pass another bill in June that year dealing with parliamentary reform which passed the House of Commons, only to have it rejected by the House of Lords.

He was against Fox’s India Bill and ridiculed by Fox for voting against it. King George III was against the bill, and the House of Lords rejected it by 95 votes to 76. The government subsequently resigned in December 1783, and George III asked Pitt to form a government. Pitt became the youngest ever prime minister of Britain. He was twenty-four years of age.

Fox continued his political attacks on William Pitt. Initially, William Pitt had little support, but when a general election was called on the 24 March 1784, he won a majority.

With a majority in the House of Commons Pitt was able to pass the India Act. He also reduced duties on goods which helped deal with the problem of smuggling. His new taxes included Britain’s first income tax. He also simplified customs and excise duties.

William Pitt was re-elected in October 1790 with his government winning an increased majority. During this term, the French Revolution occurred, and he had to deal with groups in Britain sympathetic to the French revolutionaries. In 1793 France declared war on Britain. William Pitt also had the 1798 rebellion in Ireland to deal with and brought in the Act of Union in January 1801. His attempts to abolish restrictions on Catholicism in Ireland led to his resignation in 1801.

Then in May 1804, George III, asked William Pitt the Younger to form a government. Napoleon was threatening to invade Britain, and Pitt’s response was to join the Third Coalition which was made up of Austria, Sweden, and Russia. Britain was victorious at the Battle of Trafalgar in 1805 but the Third Coalition collapsed shortly afterward. Pitt died in office in 1806.

William Pitt never married, had no descendants and died on the 23 January 1806. He is buried in Westminster Abbey.