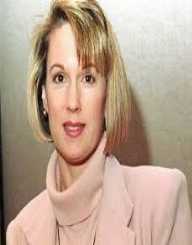 Sydney Biddle Barrows is an American businesswoman and criminal.

Sydney Biddle Barrows was born in the town of Hopewell, New Jersey, on January 14, 1952. Her family was very prominent and involved in high positions in the world of business and politics in Philadelphia. A few of her descendants were passengers on the Mayflower. Her mother’s name was Jeannette Ballantine and her father’s name was Donald Byers Barrows Jr. They got a divorce when she was four years old. Her mother soon married a man named Felix Molzer.

Barrows began her education at the Rumson Country Day School in New Jersey. She continued at the prep school Stoneleigh Burnham in the town of Greenfield, Massachusetts. She then moved to New York City, where she studied fashion and merchandising at the Fashion Institute of Technology. She obtained her degree in 1973. She received the Bergdorf Goodman Award for academic excellence.

After graduation, Barrows spent five years working for the jewelry department at the store Abraham & Strauss. She then got a job as a manager for the May Company, but she was fired a few months later. In 1978, she met a woman who arranged the phone calls for an escort service. She decided to try out for that job herself.

In 1979, Barrows decided to open up her own escort service. She gave herself the alias “Sheila Devin” and she opened three different services, called Cachet, Elan, and Finesse. She made sure the women who worked for her were not only beautiful, but also well-spoken. Her business quickly grew to become one of the biggest elite prostitution rings in New York City. Her clients were businessmen, celebrities, politicians, and foreign diplomats.

The word about Barrows’ business quickly reached the authorities. In 1984, the district attorney arrested her and charged her for promoting prostitution. The story was widely publicized in the media. She earned the nickname “Mayflower Madam” because of her ancestry. She ultimately settled with the authorities. She admitted her guilt and she was punished with a small fine.

Barrows shut down her business and published an autobiography, called Mayflower Madam: The Secret Life of Sydney Biddle Barrows. It became a bestseller and it was adapted into a movie. She appeared on several talk shows. In the 90s, she published two more books. They were called Mayflower Manners: Etiquette for Consenting Adults and Just Between Us Girls: Secrets About Men from the Mayflower Madam. She then opened up her own management consulting business, mostly focused on customer service. In 2009, she published the book Uncensored Sales Strategies: A Radical New Approach to Selling Your Customers What They Really Want.

In 1994, Barrows married a high-profile lawyer called Darnay Hoffman. They got a divorce and they have no children together.