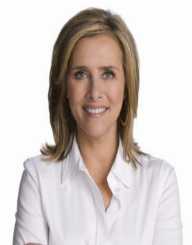 Meredith Louise Vieira was born on December 30, 1953. She is an American journalist. She is also a talk and game show host. She is known for her moderation of the ABC talk show ‘The View.’ She also hosted ‘Today.’

Meredith Vieira was born on December 30, 1953, in Rhode Island. She was born to Mary Elsie who was a homemaker and Edwin Vieira who was a medical doctor. She was brought up alongside three older brothers. She attended Lincoln School. She graduated from the school in 1971. She later attended Tufts University. In 1975, she graduated from the university with a Degree in English.

In 1995, she started hosting the show ‘Intimate Portrait’ on Lifetime Network. The show ran up to 2004. In 1997, she became the original moderator and co-host of the daytime talk show ‘The View’ until 2006. In 2002, she became the host of the show ‘Who Wants to Be a Millionaire’ until 2013. The show earned her two Daytime Emmy Awards for Outstanding Game Show Host. In 2006, she became a co-anchor of ‘Today.’ In 2014, she started hosting a syndicated talk show ‘The Meredith Vieira Show’ which ran up to 2016.

In 1986, Meredith Vieira got married to CBS news journalist, Richard M. Cohen with whom she has three children. They live in Westchester County in New York. She has had multiple sclerosis. She is currently sixty-three years old.