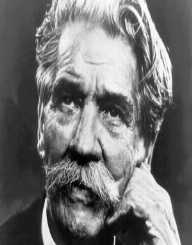 Albert Schweitzer was an organist, philosopher, physician, and theologian. He considered himself French, but he mostly wrote in German, with his native language being Alsatian German. One of his major works is starting the Albert Schweitzer hospital located in Gabon, west-central Africa. More so, he is widely known for his music scholar works, and some of his recordings are currently available. He was the founder of the Organ reform movement, Universal ethical philosophy, and universal reality. He had a great interest in theology with various personal views.

Albert Schweitzer was born on 14th January 1875. He was born in Kaysersberg (presently known as Haut-Rhin), Germany and was brought up mostly in a village named Guns back. His father was a Lutheran-Evangelist pastor, and he was brought up in a religious environment and grew up concerning various Christianity values. His father often taught him how to play music at this tender age. He first spoke Alsatian dialect of German which was his first language

Albert Schweitzer attained his certificate for secondary school, named `Abitur’ at Mulhouse Gymnasium, where he studied from 1885 to 1893. During his time here, he studied organ under the tutelage of the likes of Eugene Munich. He was also taught freely by French organist Charles-Marie Widor, who became his friend. He then joined Kaise Wilhelm University in 1893, to study theology. While there, he attained some piano lessons and further guidelines from various organisms.

The next year, Albert enrolled in a compulsory military service that lasted for a year. He later went back to Paris at around 1898 where he wrote his Ph.D. dissertation. It was about `The religious philosophy ‘of Kant at the Sorbonne. He graduated with a degree in theology in the year 1899. During the same year, he also completed and published his Ph.D. Thesis while at the University of Tubingen. Also, he often allocated time to study piano with the likes of Marie Jaell while he was examining Ph.D.

In no time, Albert Schweitzer became widely known through his dedication to the pursuit of music studies and organics. He spent a lot of time studying about the origin of pipe organics and was concerned with rescuing and restoring it. He had a tremendous theological background that enabled him to interpret the use of pictures and symbols in J. Bach’s music, and some of his findings were incredibly creative, surprising the likes of Widor. This encouraged him, and he kept studying these illustrations and images. In 1905, he founded a choir named Paris Bach Society in collaboration with Widor. Its primary objective was to perform J.S Bach’s music.

Albert later met Cosina Wagner who became his close friend. He often discussed with her matters relating to the Bach’s descriptive music, and theology issues. More so, he performed for her at the Temple Neuf, playing the first chorale preludes.

Albert Schweitzer had a great interest in Organ building movement and felt the need to reform it. He came up with a pamphlet named `The art of organ building and organ playing in Germany and France’ in the year 1906. In 1909, he advocated for these reforms as he addressed `The third congress of an international society of music’ in Vienna. Also, he circulated questionnaires among various organ builders and players in many European countries. His efforts led to the formation of the base for` International Regulations for organ building.’

Schweitzer later collaborated with Widor on yet another edition of Bach’s organ works with the detailed analysis in German, English, and French. He added Bach’s notation and did not include any more markings on the musical scores. Six volumes were published between 1912 and 1914

Albert Schweitzer found great happiness in Christianity. He thus felt obliged to do Christian work relentlessly to repay for the pleasure he derived from it. He later published a book called `Geschitte der Leben-Jesus research.’ The book was translated into other versions, i.e., English in 1910 and published as `The Quest of The Historical Jesus’. He became a deacon in 1899 at a church named Saint-Nicolas in Strasbourg. Later, he became the curate in 1900 after finishing his licentiate in theology. In the year 1901, he was appointed as the acting Principal of Theological college of St. Thomas and became its permanent principal in 1903.

Albert Schweitzer unsuccessfully tried to fill up the vacant position of a medical doctor by `The society of the evangelist Missions of Paris’ in 1905. This was greatly due to his Lutheran theology that they considered incorrect. He resigned his job and went back to the university for a three year in course medicine doctorate, a decision that was criticized by his colleagues, family, and friends. His main intention in doing this is that he wanted to spread the gospel through healing labor rather than verbal preaching. He graduated with a medical degree in the year 1911. In 1912, he moved to a French colony, Lambarene on the Ogooue River, Currently Gabon in Africa. He worked at a Paris Missionary society’s mission, and his services were at his expense.

In 1913, Albert set up his hospital named Albert Schweitzer Hospital, which he facilitated partly through concerts and fundraisings. This was with the help of his wife Helene Schweitzer, who was a professional anesthetist for surgical operations. However, they became exhausted after four years of work and suffered from tropical anemia. Hence, they were taken back to Bordeaux France in 1917.

Albert Schweitzer later worked as a medical assistant shortly and as an assistant pastor. He returned to Gabon at around 1924, whereby he put in a lot of hard work and restored his hospital. It became much functional with new buildings and an excellent medical team; hence he went back to Europe in 1927.

One of Albert Schweitzer's major works was `Reverence for life’ which was a significant contribution to the Philosophy sector. Due to this, he won The Nobel Peace prize in 1952.

Albert Schweitzer got married to Helene Schweitzer, and they had a daughter together. He died on 4th September 1965 in his hospital in Lambarene Gabon.